Barbara Walters, a journalism pioneer for women, recently passed away at age 93. She died peacefully at her home surrounded by family, according to her spokesperson Cindi Berger.

“She lived her life with no regrets. She was a trailblazer not only for female journalists but for all women,” Cindi Berger told CNN.

And a trailblazer she was — Barbara Walters changed the journalism industry for women completely. She was the first female news anchor on an evening program, and went on to produce her own shows that have become revolutionizers themselves.

Check out some of her many accomplishments. Walters started her career in 1961 working for NBC’s “Today” show as a writer, reporter, and panel member. She reported on what were said to be “women’s stories” that were often overlooked by audiences. Then, in 1974 she was promoted to co-host the show.

Growing up, she changed high schools several times, always meeting new people. Her father was a nightclub owner, so she grew up around celebrities. This made her a fearless interviewer who was never afraid to ask questions and get to the heart of her audience. According to the Hollywood Reporter, Walters herself once said, “I was curious. Even today, if I go out to dinner, and I’m sitting next to someone, and I ask questions, they’ll say, ‘Oh, you’re interviewing me.’” (Hollywood Reporter)

In 1976, Walters joined ABC News where she became the first ever woman news anchor on an evening news program. She signed on with a $1 million deal, which was practically unheard of at the time.

In 1984, Walters launched her own segments with ABC News called “The Barbara Walters Specials” and “10 Most Fascinating People.” She then became a co-host for ABC News’ show “20/20” that same year.

With ABC News, Walters interviewed every US president and first lady spanning from the Nixons to the Obamas, as well as many, many celebrities, such as Monica Lewinsky, Katharine Hepburn, Michael Jackson, Judy Garland, and Tom Cruise, just to name a very small few. She was known for bringing her guests to heartfelt tears.

In 1997, Walters created her own talk show called “The View,” which still runs today on ABC.

“The View” became a game changer for talk shows around the world. It even gained others that imitated it, such as “The Talk” or “Loose Women.”

Walters did not go without criticism. Comments were made, often by men, about her forthright appearance in interviews. On “Saturday Night Live,” Gilda Radner mocked her speaking voice, calling her “BabaWawa”.

Bill Geddie, a longtime colleague of Walters, told “Good Morning America” of an encounter he had with a TV executive about Walters. The executive said, “Nobody wants to see a woman over age 60 on television.”

Although she got criticism, Walters was also renowned. She earned multiple Emmys, a Peabody award and a star on the Hollywood Walk of Fame.

Walters will forever be known as the icon who changed journalism for women.

When she left “The View” in 2014, Walters said, “How do you say goodbye to something like 50 years in television? How proud when I see all the young women who are making and reporting the news. If I did anything to help make that happen, that is my legacy. From the bottom of my heart, to all of you with whom I have worked and who have watched and been by my side, I can say: ‘Thank you.’” 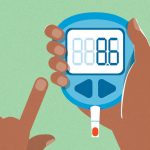 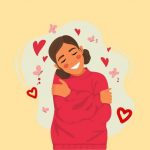