Brazilian soccer legend Pelé recently passed away due to complications from colon cancer at the age 82. His daughter, Kely Nascimento, shared the news under an Instagram photo of their family holding Pelé’s hands, saying, “Everything that we are, is thanks to you. We love you infinitely. Rest in peace.”

Pelé was loved by millions across the world as a legendary soccer player. He played in four World Cups, being the only person to ever win three of them. He was known for believing in the power of soccer to connect people of all ages, races, and classes.

Pelé was considered a hero around the globe for over 60 years. Check out these facts about the sports legend.

He had humble beginnings

Pelé was born, Edson Arantes do Nascimento, in the Brazilian city of Três Corações on October 23, 1940. Later, his family moved to the city of Bauru in São Paulo.

As a child, he first played soccer with bare feet and the ball made of rolled up socks and rags. His dad also played soccer, and Pelé looked up to his father as a role model.

Nobody’s sure where the name of “Pelé” came from. He suspects it to be from his classmates teasing him for admiring another player with a similar name, Bilé.

Brazilian footballer Neymar said Pelé “Gave a voice to the poor, to Black people and especially: He gave visibility to Brazil. Football and Brazil have raised their status thanks to the King!”

Pelé moved away from home as a teenager to train with the club Santos, scoring his first goal at just 15. He scored 619 times over 638 appearances for the club.

He debuted at the 1958 World Cup when he was only 17 – scoring Brazil’s only goal against Wales and also goaling against France and Sweden. Brazil won the World Cup with five goals in the final. He was a top player

In his 21 years of playing, Pelé scored 1,283 goals in 1,367 professional matches, including 77 goals for the Brazilian national team.

He generously helped others

After his retirement, Pelé dedicated his life to helping others, especially the poor in Brazil. He became an ambassador for UNICEF to help children.

He originally dropped out of school, but later got his degree while playing for Santos. Pelé was a big advocate for education. He said, “Today, the violence we see in Brazil, the corruption in Brazil, is causing big, big problems. Because, you see, for two generations, the children did not get enough education.”

Before his final game, in October 1977 at the Giants Stadium in New Jersey, Pelé took the microphone, his father and Muhammad Ali beside him, and addressed the 75,000 people in the crowd.

“Say with me three times now,” he declared, “for the kids: Love! Love! Love!”

Pelé was also appointed Brazil’s minister for sport in 1995, in which he passed laws to bring accountability to sports businesses in Brazil.

His legacy lives on

“Pelé is one of the few who contradicted my theory,” Andy Warhol once said. “Instead of 15 minutes of fame, he will have 15 centuries.”

In 1994, Pelé sat in Central Park in New York waiting to be interviewed for ABC News. A teenager spotted him, ran off, and within minutes people flooded in to see him. Clive Toye, president of the New York Cosmos team, wrote, “There were hundreds of them. Seventeen years after he last kicked a ball, this dark-skinned man is sitting in deep, dark shade under the trees — but he is still recognized, and once recognized, never alone in any country on earth.”

To learn more about Pelé, visit his foundation. 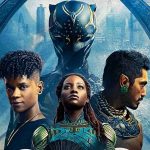 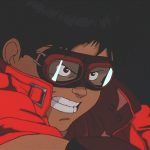