For the past year and a half Disney has been on our necks with the movies they’ve been releasing. They’ve recently released their lineup up until 2027 and it doesn’t look like they’ll be letting up on our necks or pockets anytime soon.

The big movies on the list are Star Wars, Avatar 2 and 3, Indiana Jones and a variety of Marvel flicks you know will be full of action. This March the Disney 21st Century Fox merger officially kicked off, and by the looks of this schedule, they aren’t wasting any time. Not only does the Marvel Cinematic Universe have control of all of the X-Men, but they have control of Avatar, Indiana Jones, a Bob’s Burger movie, a new adaptation of West Side Story, and a host of other movies including the new Lion King live action movie and Toy Story 4 that’s set to be released this summer.

For movie lovers everywhere, this will give you some time to get your coins in order. Sadly, Disney hasn’t let us know every movie’s title that’s coming in the next few years (there are a lot of untitled spaces on the list), but we can still get excited! Interested in more deets? Click here to see the schedule for yourself. 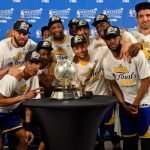 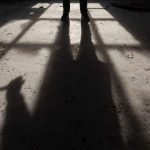