The NFL Draft is now over, and I thought it was at a perfect time since we haven’t had any sporting events for what feels like forever now. There were a lot of upsides and downsides, and I’m here to cover the main ones.

To start, the top five picks were very predictable. Quarterback Joe Burrow went first overall to the Bengals after an amazing year at LSU where he won the Heisman trophy and the National Championship. Second was defensive end Chase Young to the Redskins who had an amazing year at Ohio State. He is a giant who wrecks the offensive line and deserves to be top two for sure. Some other notable instance in the first round was when two quarterbacks were drafted back to back at five and six. Tua Tagovailoa went fifth to the Dolphins and Justin Herbert went sixth overall to the Chargers. A very questionable pick was taken when the Packers selected quarterback Jordan Love, since they already have Aaron Rodgers. This caused a lot of stir in social media since Rodgers needed more help offensively, not a replacement.

Who did the Bears draft? I didn’t think the Bears did that well with their first pick. They decided to get tight end Cole Kmet in round two, pick 11, when they already had  9 other tight ends in their roster. That’s right, NINE other tight ends and they still drafted another one. Other than that, they focused a lot on the defensive side, drafting two cornerbacks–Jaylon Johnson from Utah and Kindle Vildor from Georgia Southern. They also drafted a linebacker and a receiver, as well as two players for the offensive line, both picks in round seven. I give them a C rating.

Overall, it was fun watching this draft. The NFL did a very good job of putting this all together despite it being switched to a virtual platform. I hope this is the only year this happens though, because live and in person is always better. 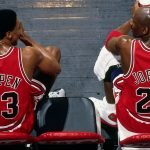 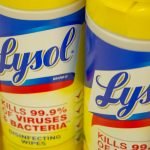