Dodie Clark is no stranger to music or the Internet. Her stage name, Dodie, has been carefully crafted as a relatable YouTube figure from Britain who offered clean cut, aesthetically pleasing insights to mental health, music, love, friendship, and much more for almost a decade. That image has gently unraveled over the years as Dodie became more vulnerable, raw and honest with her audience as they follow her life journey. She’s written books, countless songs, toured, directed, and her first full length album was just released recently. I’ve been patiently waiting to see where Dodie’s music journey takes her for a few years now as a casual fan, but this album, Build A Problem, really sold me. Read on for track by track insights (on 14 main tracks including bonuses and 8 demos) and my final thoughts.

*Air So Sweet: This intro is quiet and articulate, filled with Dodie’s signature vocal layering and harmonies that decorate each of her YouTube videos, and most of her songs. A sweet melody of peace and hope from a bright day embraces the audience and starts the record with a sense of stillness. A strong choice for a full length album.

*Hate Myself: This song is quick, accented with muffled laughs and plucky guitar. A familiar self-deprecating lyrical narrative is sure to be relatable, as Dodie laments over her insecurities and flaws. The contrast of the sonic landscape with the lyrics is ironic, but certainly nothing we haven’t seen before as pop has begun to lean darker and darker over the years (see Lorde, Billie Eilish)!

*I Kissed Someone (It Wasn’t You): The minor key of this song is chilling, and introduces a sense of dread as Dodie explains her heartbreak and missing her ex. The chorus features harmonies that were teased on social media for months as a precursor to the album announcement, and the arrangement is deliciously dark. A sultry video for the track was released this month as a final single, which firmly rounds out the selections shared to introduce the audience to the project. I think this is a massively strong choice (albeit short), and it remains one of my favorites off of the album!

*Cool Girl: This track remains my favorite on the record! The vocals always get me, and Dodie’s voice truly shines through with strength as opposed to her softer tone. The lyrics tell of trying to modify yourself to fit other standards, and they’re compelling enough to elicit deep emotion while leaving space to appreciate the genius arrangement.

*Special Girl: Despite the similarities in title to the previous song, this track feels very different! Notes of oboe complement snarky lyrics about how Dodie was raised, and how her childhood has caught up to her in the present. I found this witty refrain of human nature and its singularity particularly enjoyable.

*Rainbow: This intimate track could have many meanings both to the singer and the audience, which leaves it as an open story for others to claim. It is sweet and sentimental, bringing one to stand in the light and accept themselves as they are despite what others tell them. Just light enough to balance out the sadness, this track is sure to be a fan favorite.

*?: Another vocal centric interlude makes Dodie’s true talent stand out: crafting beautiful songs. This isn’t a few corny lyrics slapped on top of a basic beat; she arranges and produces orchestral melodies, symphonies and instruments of all kinds. Though Dodie’s range in voice may not be mighty, her skill set musically certainly is.

*Four Tequilas Down: This alcohol-tinged ditty spins a tale of someone you tragically can’t have or shouldn’t have. Binaural background vocals on the end paint a picture of an angel on one shoulder and a devil on the other, then drop off into silence making the audience crave another verse. Besides my desire for more, I don’t have any complaints with this track.

*.: A trend of short interludes punctuates (no pun intended) the record with breaks to breathe from lyrically heavy tracks, and this one features more strings than the last. Almost like a violin sonata of years past, this melody left a bit to be desired for me. With a lack of vocals entirely, it stands out a bit too much from the rest of the record for it to feel cohesive in my opinion.

*Sorry: Every album needs that dark, slow, heavy song to get you in your feelings. Spare guitar and raw vocals begin a lonely story of nostalgia and endings, and strings join in for a whirling crescendo that sweeps the listener away. You get the best of both worlds, masterful instrumentation and stellar vocals, all compounding to make “Sorry” one of my top tracks from the album.

*When: Dodie breaks down some personal struggles with mental illness and depersonalization, singing of lost memories and alienation from her own emotions. Though it may be a bit harder to relate to from outside, the melancholy tone and nostalgia of missing old feelings in the midst of loneliness are universal. By far the most vulnerable on the album and lyrically rich, this is a perfectly placed track and another favorite for me.

*Before The Line: Closing on the same thread of vulnerability and confessional-style lyrics that read like a diary, Dodie sings lines like, “I made a promise and I break it every day.” Again, her personal struggles may not be parallel to those of her listeners, but she is able to spin them into a story that is both sympathetic and artistically lush. Ending on a note similar to “I Kissed Someone,” the album closes in a gentle flutter of sentimentality and ominous strings.

Dodie may be looking over her shoulder in her memories, but certainly not in her stylistic pursuits. Maturing from the ukelele-studded-coffehouse-pop of her previous EPs, Dodie steps into her own as an artist and lyricist on this album. With a North America tour lined up for 2022, I can’t wait to see how this album does live. My final rating is 9.5/10, and I highly recommend listening to this record when you get the chance! 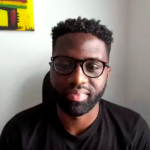 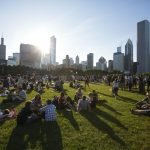