Zendaya, a former beloved Disney princess and “Euphoria” star, has been spotted with her reported new boyfriend, Tom Holland. Did this news shock any of their fan bases or was this a power couple that was bound to be in the making?

They’ve been shutting dating down rumors about their relationship status since 2017 and now they’ve officially been caught kissing. Of course with the latest presented evidence, it would be hard for either movie star to deny the romance that has been brewing. However, they’ve decided to take the route where they neither confirm or deny the reports; which could be the best option for both of them.

Regardless, let’s take a look at the timeline of Zendaya and Holland. Here’s everything you need to know about these young stars and where they currently stand now.

In 2016, the pair met on the set of Spider-Man: Homecoming. From that point,  Holland would rave about how amazing of a person and friend that Zendaya is. I mean, come on, that isn’t hard to imagine AT ALL! She’s amazing. He reported that she would give him advice on how to handle fame since he was rising in status and that she was supportive.

In 2017, rumors about their supposed relationship swirled due to the chemistry they showed at the press tour for Spider-Man. Although they denied any relationship rumors, it was reported by sources that their goal was to keep their new romance private and out of the public eye.

In 2019-2020, Zendaya was linked to a new name, her fellow “Euphoria” co-star Jacob Elordi. Dating rumors followed when they were spotted together on vacation in Greece. Although this relationship was never confirmed, reports fizzled regarding them dating as Elordi was caught by paparazzi with Kaia Gerber. Meanwhile, Holland went Instagram official with his former girlfriend Nadia Parks.

Despite those interactions from the young stars, the latest updates on their romantic status was confirmed earlier this month by the two photographed kissing and laughing in Holland’s car. Fans were ecstatic by the news and immediately took to Twitter to repost the photos and gossip.

Will they make their status more public soon? Guess we’ll just have to wait and see. 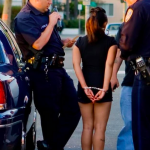 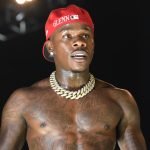