The wait is finally over. Kanye West’s Donda has officially made its debut.

With 27 tracks making up one of his most anticipated albums, fans surprisingly went to social media to express their confusion and unimpressive state while listening to this new project. However, some fans thought this was pretty on brand for West. One user tweeted, “This isn’t an album, it’s a movie.”

One thing I was surprised about, is how many featured performances West included on this album instead of having the majority of his tracks being solo. According to the Genius, track listing for his new album Donda, he only goes solo for four songs out of the 27. However, some of these features are definitely fan favorites that have been waiting for a collaboration or reconnection; such as Jay Z and Lil Baby. I’m pretty sure that fans are desperately hoping for a Watch the Throne 2 to be in the works and for the Jay Z and West duo to be reunited. While that is still to be determined, it’s nostalgic to see the two collaborating with each other once again.

Unfortunately, some artists that were supposed to be featured on Donda, such as Chris Brown, had a few choice of words to say about West on his platform after his verse was removed from the track “New Again”. Brown took to Instagram’s stories to post “Kanye a whole h*e” and “Nah he tweakin”. This was the first time I was made aware that it was rumored for Brown to make it on the track, but unfortunately fans may never get to hear the unreleased verse.

Despite all of the delays and controversy surrounding the Donda album, one of my favorite tracks is definitely “No Child Left Behind”. The melodies and church-choir-feel of the track takes you to a calm state as it reminds you of the religion of Christianity. The theme represents that no child of God gets left behind and everything that West has been blessed with in his life. As West continuously repeats throughout the track He’s done miracles on me, this is a song nothing short of praise for the almighty above. Honestly, this is my favorite track on the album and I think it’s a rising fan favorite as well. I believe this track alone sets the majority of the tone for Donda and how far he’s come.

Of course, he had to dedicate not only the name of his album to his late mother, but also an inspirational mix of speeches and verse that’s titled Donda. I love when interludes are done beautifully and correctly on albums, which Kanye didn’t fall short of when it came to this track. I thought it was creatively put together so that it allowed Donda’s presence with her words and thoughts regarding her son and everything that was soon to come. This is another track of West’s that is clearly sentimental. His intention for his mother’s spirit to be felt on the album was definitely met.

What do you think of Donda? Make sure to vote your reaction in the poll below. 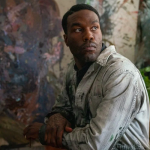 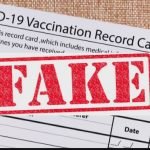