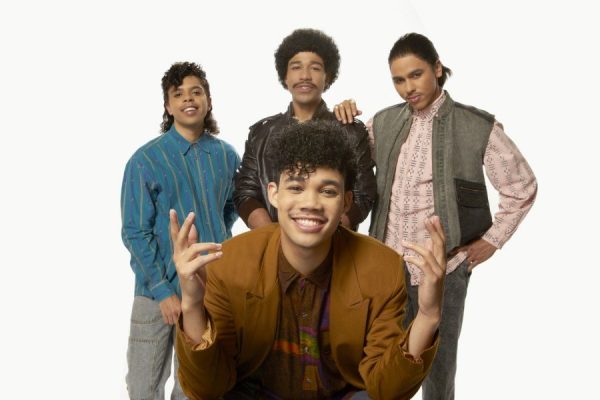 Recently people have been going in on the wigs worn in TV One’s The Bobby DeBarge Story, and while I agree that the wigs could have been a lot better, I think people have forgotten the impact the DeBarge family has had on music. Since it’s Black Music Month, let me school you on the auntie and uncles of hip-hop.

The DeBarge family emerged on the R&B charts in the late ‘70s. Seven of the 10 siblings formed not only one chart-topping group but two, DeBarge and Switch. The groups were made  up of brothers Robert “Bobby” Jr., Thomas “Tommy,” Mark, Eldra “El,” William “Randy,” James, and sister Etterlene “Bunny.” Together these siblings released nine studio albums with Motown from 1977 to 1985, had nine songs on the top 10 Hot R&B/Hip-hop charts, with two number one records on the Hot 100 charts. By the early 1980s the DeBarge children had successfully crossed over to the pop charts. By 1985 the DeBarge’s reign of success on the charts was over, but not for their music. In the earlier ‘90s artists like Mary J. Blige, Tupac, Biggie, Blackstreet, and a host of other hip-hop artists revived classic DeBarge songs and put them back on the charts.

Whether it was on Rich Boy’s “Throw Some D’s” or Switch’s “I Call Your Name,” chances are you’ve heard the infamous intro by Bobby DeBarge where he says, “I used to think about immature things. You know like, do you love me? Do you want me?”  Both of these songs peaked in the top 10 of a Billboard chart when they were released. Both Big Sean and Ne-Yo sampled this song during their career, and the band’s 1978 hit “There’ll Never Be” was covered by Boyz II Men and SWV. Although DeBarge only released one music video during their short span, their music has been sampled on over 180 songs. Both TuPac and Biggie sampled their songs for “I Ain’t Mad At Cha” and “One More Chance” using the songs “A Dream”  and “Stay With Me.” Some of their biggest hits are “I Like It” and “Rhythm of the Night” which both crossed over to the Hot 100 chart.

The DeBarge children were able to create memorable riffs, iconic melodies, and timeless music overall. Their music has inspired some of the most iconic songs created and will be able to transcend for decades to come. Although the wigs in the TV One movie, starring Lloyd and Roshon Fegan, might look bad, the story of the DeBarge family is one that we should all tune in for. And while you’re waiting for the release of the movie, I highly recommend you check out Switch, DeBarge, El DeBarge, and Chico DeBarge’s music. The Bobby DeBarge Story is set to air on June 29th.