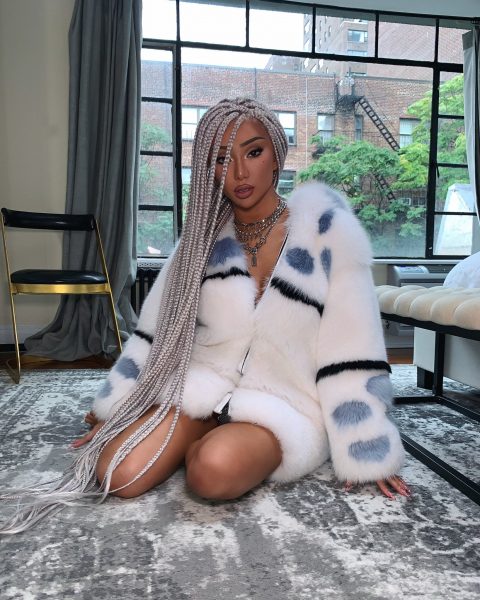 Beauty influencer/YouTuber Nikita Dragun is under fire for her recent Instagram post in which she appeared way darker than her actual skin tone and was wearing a durag. I don’t know how many times we have to go through this before people actually understand that cultural appropriation isn’t okay.

Dragun claimed that the filter that she was using made her appear darker than the her actual tan was. Nonetheless she went ahead and posted the video to her Instagram story. At this point you’re choosing to be blind to your actions.

This isn’t the first time that Dragun has been called out for cultural appropriation. Recently she wore a braided wig claiming that it was an attempt to raise awareness about Black hairstyles. Even if that was her agenda, wearing a braided wig wasn’t the best way to do that. Of course people took this to Twitter and called her out on not only this recent incident but the wig incident too.

The excessive tanning….The durag….Wearing a braided wig…. And so MANY other countless things she’s done, but yet REFUSES to address. This is why I can’t stand @NikitaDragun (aka thenikkawannabe) pic.twitter.com/m6P3SLorEP

Additionally, Dragun addressed why she was wearing a durag and what they’re “used for” in a Twitter post that has since been deleted. She basically stated that durags were used to keep your wig from flyaway, friction, and frizz and that she wore it because she had a long flight to Milan. Now we all know that durags, also referred to as wave caps, occasionally are typically worn to protect waves, braids, or dreadlocks or simply as a fashion statement for some. All reasons why Dragun wouldn’t naturally wear one.

It gets tiring seeing people constantly pull these stunts and act like they’re innocent, when in actuality they should simply respect people’s culture and realize when they’re in the wrong.