As always, Drake is known for his surprise drops, sometimes even featuring some fan-favorite collaborations such as Future, Beyoncé, or Chris Brown. But, his latest surprise feature was an epic homage paid to Chicago with our very own Lil Durk.

“Laugh Now Cry Later” was not only released as a single, but also a music video where it features several athletes such as Kevin Durant, Marshawn Lynch, and Odell Beckham Jr. One of my favorite parts of the music video is where Drake and Lil Durk channel Lebron James and Derrick Rose, two of the best in basketball, wearing oversized Draft Day suits.

A part of Lil Durk’s verse on the track has drawn head turners as they question whether this line was a diss to 6ix9ine. “Can you not play that lil’ boy in the club’ cause we do not listen to rats?”. According to RapUp.com, “During a recent interview with Power 106’s ‘The Morning Crew,’ Durk was asked who he was referring to, but he wouldn’t say whether the snitch in question was Tekashi.”

Regardless of whether Lil Durk is going to name drop or not, he’s not intimidated by any potential backlash from any rapper who takes offense to the line and wants to retaliate. According to RapUp.com, “When told that he may get some smoke for his comments, Durk said bring it on. “You know I’m from Chicago.” That’s all that really needed to be said.

Social media went into a frenzy because devoted fans of Lil Durk finally feel that he’s getting the recognition and praise that he deserves. He’s one of the few Chicago rappers that’s been dominating the game for years. So to see Drake bring him on one of his tracks, I think it’s safe to say Lil Durk has made it!

Drake’s creative vision keeps getting better and better throughout his career with the quality of the music video aesthetic he chooses for each theme. He’s never afraid to share the spotlight with other big pros be it athletes, models, or rappers. He just wants to see everyone win. Like he’s said before, “Trust me at the top, it isn’t lonely.” 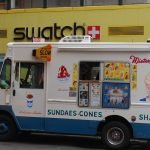 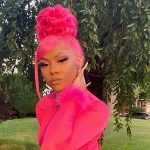