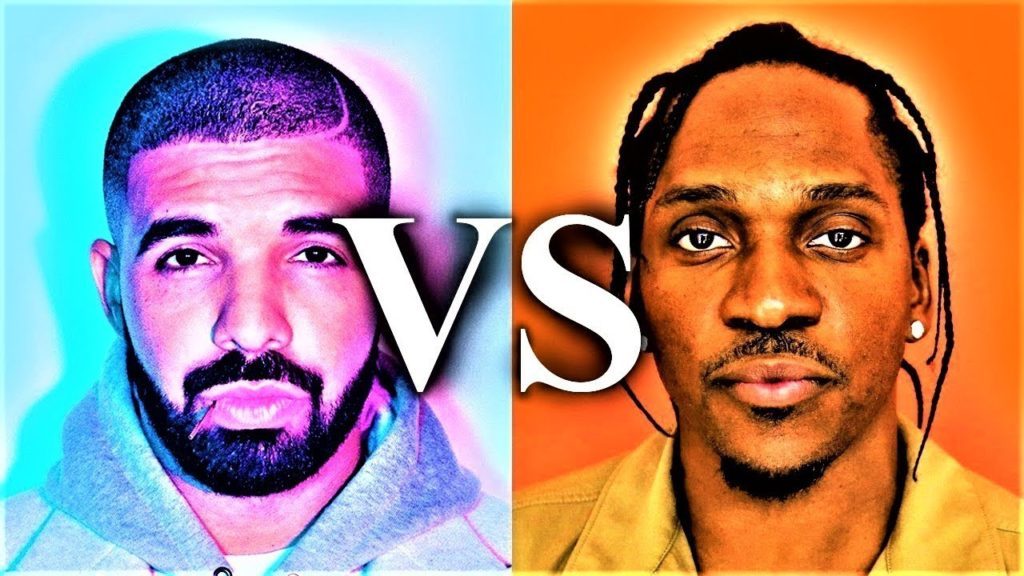 If you haven’t already heard about the latest beef between Pusha T and Champagne Papi, Drake, I am here to spill the tea. Recently, Pusha T dropped his album Daytona featuring a picture of Whitney Houston’s drug ridden bathroom. On one of his songs titled, “Infrared,” Pusha T claps back at Drake for allegedly using a ghostwriter. So, after Drake released his “Duppy Freestyle,” along with a picture of an invoice on Instagram with the caption that said, “You’re Welcome.” In response to Drake’s petty but honest diss, “You’re not even top five as far as your label talent goes,” Pusha T decided to drop a diss track called “The Story of Adidon.” Before Pusha T decided to go to the studio, he needs to be running Drake his money. But that’s none of my business.

Anyways, Pusha T spilled the tea on Drake, but how do we know everything that he said was true? I mean, I don’t even know who Pusha T is. I never heard of him. #NoShade. I’m pretty sure Drake doesn’t even vibe with this man like this for him to know all of these “secrets.” But this man came at Drake’s neck, clapping back with a photo we’ve never seen before (a picture of Drake in blackface, hinting at his controversial confusion of his ethnicity). Pusha T also said that Drake has a son. Now, all the professional stalkers on Twitter can find his alleged baby momma, but no one can’t find any pictures of his son. Really? I’m tired.

I just don’t understand why everyone wants to come at Drake. Pusha T is very bold too! How do you come for somebody that has sold more albums than you, who has more awards than you, has a better music label than you, and makes more money off of his music than you? I don’t get it. I think Pusha T is just a hardcore fan. Then again, I can give Pusha T his props for a great industry move. He starts a beef with Drake to get more people to listen to his new album. Wow, he really has to stoop this low? The industry really is cutthroat.

Drake and OVO cannot go out like this. They need to put Pusha T in his place because as far as I’m concerned, his demise will be televised.