We all love the late and great singer, Aaliyah, right?I think it is safe to say that, but Drake may be a little obsessed with her.He recently got this tattoo of “416,” which is Toronto’s area code, as well as “116.”That number is Aaliyah’s birthday (January 16th). He also has her face tatted on his back (picture below).

Drake plans to do a song for her prior to the OVO fest in Toronto.He wants to do an Aaliyah album and use her vocals. However, Timberland released this statement, “I know they trying to drop some Aaliyah records, but if he do it, it should be with me and Missy. The proper way for him to do that would be for me, him and Missy to be all on the record. But to put it on his record, would just not be right.

I think it would be nice for Missy and Timberland to help out.Those were her friends before Drake was even thought of.I’m a little concerned with why he is just now doing this.Aaliyah has been gone for years and Drake is def not a new artist, so why didn’t he do this earlier?

In other news with Drake, he is going to school now to get his high school diploma. He stated,”Iâ€™m actually spending my summer graduating high school. Thatâ€™s my main focus after OVO Fest. I only have one credit left, and Iâ€™m really excited about that.” I guess he changed his mind on the lyrics, “But seeing my family have it all took the place of that desire for diplomas on the wall.”It’s about time. Next he needs a college degree. Remember people, fame don’t guarantee a struggle free life.GET AN EDUCATION! 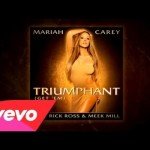 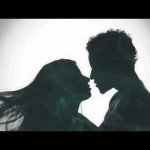