Would you eat meat that was grown in a lab instead of fresh from a farm? Following a recent statement by the Food and Drug Administration, and summarized in an article by The Guardian, lab-grown meats are now legal to sell and considered safe to eat.

Upside Foods, a California-based company makes these synthetic foods by taking living cells from chickens and growing them in a lab without actually killing any animals. It’s also not just this company that the FDA is interested in approving selling this product. There’s supposedly other companies out there that they’re having talks with, who even want to do the same thing with a wider range of meats, like seafood.

So far, Singapore is the only country in the world to legalize selling lab meat, and companies are wondering how American consumers will react to this new type of meal. Well, let’s ask them!

Isla Hinkley, a freshman at Hampshire College, is all for eating lab meat. “I absolutely would. It seems like a cool technology, and it would help the environment and ethical treatment of animals so much if we switched to it.” Hinkley also brought up a good point about how the lab meat would affect the economy. “I’d like to know how much energy making a cow’s worth of new meat uses compared to raising and slaughtering and slaughtering a cow, and how many jobs it would add compared to the thousands of people who work in the meat industry.”

According to a CNBC article published back in January, growing lab-meat would drastically reduce carbon emissions. While the world is still working on getting this industry up and running, there’s lots of promising new start-ups, one which employs 200 people from growing plant-based egg products. So while our data is a little inconclusive right now, there’s definitely a promising future for fighting climate change and employment rates.

There’s definitely different perspectives on eating lab-grown meats, though. At The Chicago High School for the Arts, senior Gael Granados shrugged at the idea. “I wouldn’t care,” Granados said. “At that point, I’d prefer to go vegan.”

Vegans have a voice on this issue, too! Micah Sperling, a college freshman at UMass Amherst noted that the real problem isn’t being addressed.  “It’s focusing on a bit of a silly first-world problem–wanting things to taste like a specific thing rather than actually working towards a plausible environmental and world hunger solution…” Sperling also recommended “shifting to a diet heavy in grains and legumes, especially soy, which is widely considered a complete protein… .”

Do you think people would be willing to fully go vegan for a more eco-friendly future? Or does lab-grown food provide a happy medium for meat lovers out there? Let me know what you think! 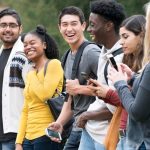 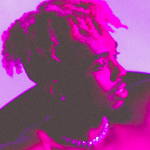