True Star participants recently had the opportunity to learn the basics on how to make money flipping houses thanks to the amazing Esther Jackson Williams, better known as Ej Williams. She gave us all hope with her detailed explanation on how you can possibly be a millionaire by your early thirties during her Summer Session with the Pros Zoom talk.

Jackson was born and raised on the South Side of Chicago. She went to Poe Elementary and Morgan Park for high school. She majored in finance at the University of Illinois. Jackson soon started working in pharmaceutical sales, a job she said paid well but she wasn’t passionate about. One day, she was watching HGTV with her husband and they decided to flip a house. In 2006, they started flipping houses part time. House flipping remained a side hustle until 2009, when Jackson and her husband were both laid off during the recession. They decided not to get another job and to flip homes as their full-time gig. Jackson has since started the Ultimate Real Estate Group and Ultimate Home Chicago. 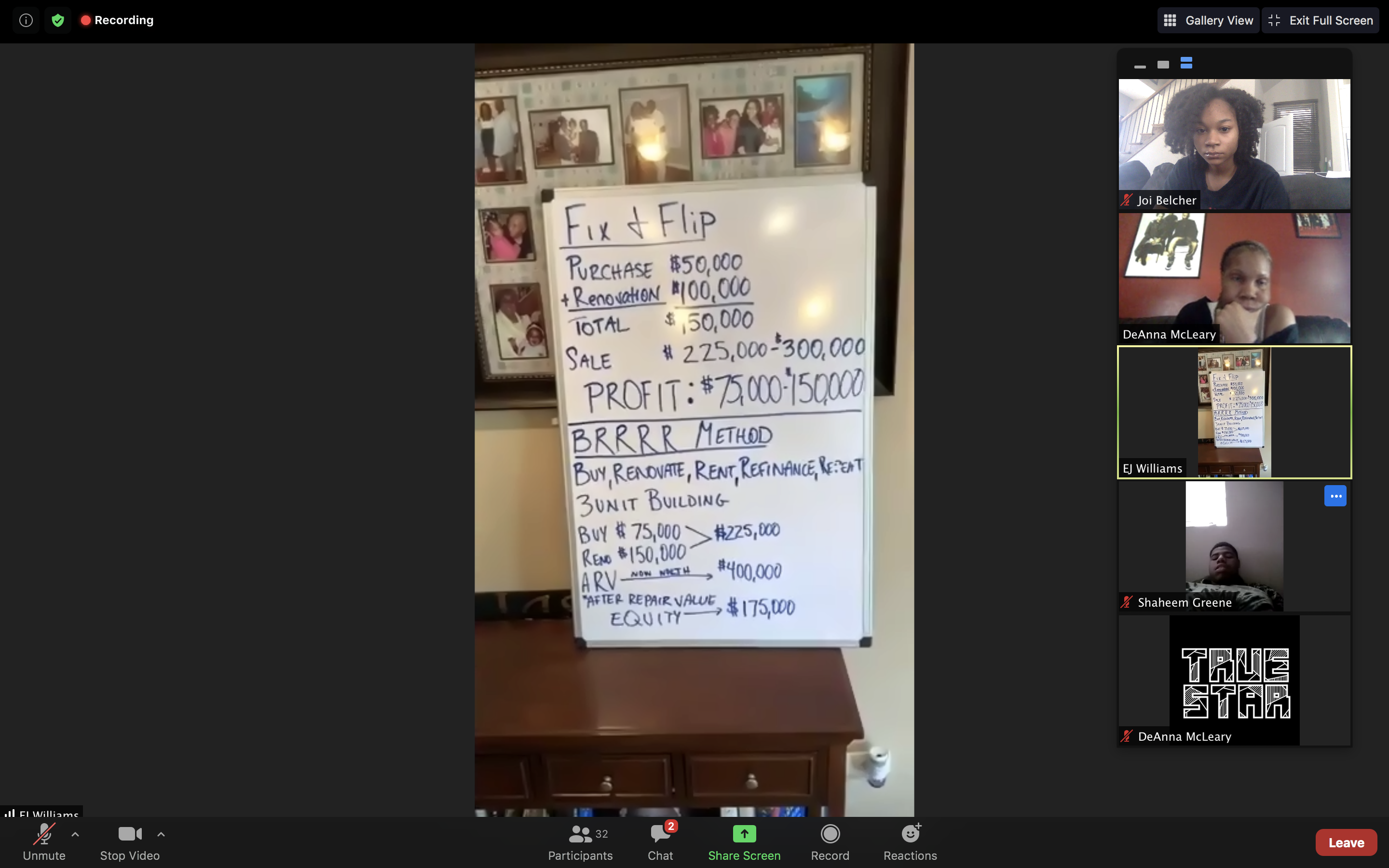 Jackson explained two methods on how anyone can start flipping houses and can possibly be making millions by their early thirties. The first method is called Fixing and Flipping, and it is what it sounds like, buying run-down houses, fixing them up, and selling them for profit. Jackson described it as “active investing” meaning that you, the investor, have to be present and engaged in your project. She also described it as a job that requires discipline and responsibility. The other method is called the BRRRR method a.k.a the Buy, Renovate, Rent, Refinance, and Repeat method. This method starts off the same as the Fixing and Flipping method, except instead of selling the house right away, you keep it, live in it, and rent it out. So, you would buy a two or three unit building and renovate it. Then you’d pick a unit to live in and rent out the other units. Then you’d collect the profits you’d earn from rent and use it to flip more homes.

Jackson also gave some pretty good advice as well. She told us to always work at a job where you enjoy what you do. She stressed the importance of having good credit, commanding us not to sign up for random credit cards and not to get a credit card if we don’t plan on paying it off. She capped it all off by reminding us of the most important statements ever: Life is to be lived now.

There is so much to pull from Jackson’s very helpful advice. She actually told us how to make money. I don’t think it gets any better than that. If you aren’t convinced that real estate is something you should get into, know that about 90 percent of all millionaires have invested in real estate. Go ahead and make that move. 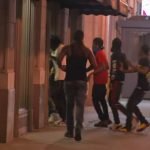