Sunday’s win against the Washington Mystics, 91-82, marked the Sky’s fifth Commissioner’s Cup game; now 5-0, the Sky are undefeated in Cup play and hold the best record in the Eastern Conference standings.

The Player of the Game, Candace Parker, finished the game with 12 points, seven in the first quarter, including tying her season-high in rebounds with 13 and six assists. Though the Sky have had recent success, Parker has struggled a bit, shooting a combined 5-for-15 in her last two games, her first back-to-back games scoring in single digits since 2020.

But tonight, Parker had no struggles. She started hot and ended hot.

“Being dynamic and able to do other things [is important in slumps],” Parker said. “We’ve been able to find ways to win, not shooting the ball well from beyond the arc.”

With Elena Della Donne out due to a scheduled rest, Parker and other players like Emma Messemann did a lot of work in the interior, which ultimately led them to cruise by the Mystics. Messemann finished with 13 points on 6-for-7 shooting, four rebounds, six assists, and five steals.

“Me and Emma are very good in the paint,” Parker said. “[Kahleah Copper] gets to the lane, [Courtney Vandersloot] been turning the corner. So I think we have to utilize that and not go away from it.”

Tianna Hawkins, who has struggled with getting consistent minutes on the floor, showed up in Donne’s absence, recording a game-high 21 points off the bench in her 21 minutes of play for the Mystics. Myisha Hines-Allen recorded 13 points and surpassed 500 career rebounds.

Coach Thibault preached that he wants Hawkins to shoot the ball more and she seems like she is ready to step up.

It was the Sky’s second win over the Mystics this season, and they’ll look to go for the sweep Wednesday in Washington. 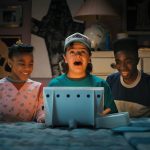 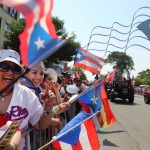