“Purpose,” the second episode of Kanye’s docuseries, Jeen-yuhs: A Kanye Trilogy, dives into the trials and tribulations that went into his debut and best selling album, College Dropout. It also explains how even after Kanye had been signed, he still had a long road ahead as the label saw him as more of  a producer than a rapper. In an effort to change this, Kanye went into the studio where Jay-Z was recording Blueprint 2 and asked if he could spit a verse. The verse was hot and ultimately ended up on the album and convinced Jay-Z of his rapping abilities.

After Kanye’s terrible car accident, his new home, Rock-A-Fellow Records, shelved his album and didn’t give him a release date for it. This meant Kanye had to go stir some buzz on his own. He did this with the hit music video for “Through The Wire,” a song he made about the accident that left him with a wired jaw.

For the video, he used takes of the footage for his documentary, along with footage of people hearing the song for the first time. The docuseries does an amazing job as it takes you step-by-step through the journey of Kanye creating his album while featuring other well known celebrities who ultimately praised and collaborated with him. After “Through the Wire” blew up, the label saw the vision and gave Kanye the release date.

College Dropout would go on to land the No. 2 spot on the Billboard 200 chart it’s first week out. He got multiple Grammy award nominations, and won best album where he gave his famous, “I guess we’ll never know” speech. This entire episode provided some great information about Kanye and his journey. I highly suggest you check it out on Netflix. 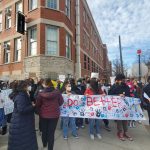 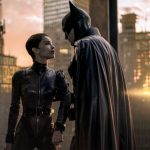