Congratulations are in order to Evanston Illinois with passing their reparations proposal! In the words of Trevor Noah, “Black Americans can finally fulfill their dream of gentrifying a White neighborhood!”

Alas, we can finally grasp the American Dream of White picket fences, home ownership, and the grant of compensation for the fruits of our labor in building America’s economy and adding culture to a tasteless country. It’s everything we could ever hope for… right?

Just a week ago, this Chicago suburb became the very first city in the United States to offer reparations to Black residents that are affected by the remnants of slavery, Jim Crowe, and discrimination. I guess you could say that this is a step in the right direction. However, this plan of reparations is not as progressive as it seems.

The City Council reached a consensus of 8-1 to give eligible households $25,000 for home repairs and property expenses that are completely funded by revenue made from taxes on recreational marijuana. You must be thinking the same thing I’m thinking.

This is a HOUSING GRANT… not a form of reparations.

According to NBC news, Alderman Cicely Fleming supported the idea of reparations but voted against the plan. That’s because it falls short of reparations and instead serves the purpose of a housing plan that doesn’t give Black recipients discretion on how they use and spend their money that is rightfully owed to them.

I didn’t think reparations could only cover housing expenses, let alone compensate an entire community for generational trauma and the lingering remnants of slavery, share-cropping, convict leasing, Jim Crow and segregation, contested citizenship, and police brutality. Shall I continue?

One thing about the Black community is that we can smell disappointment and the BARE MINIMUM. Free money almost ALWAYS has some stipulations.

In order to receive the reparations, residents must have lived in or been a direct descendant of a Black citizen of Evanston between 1919 to 1969. These same people must have also experienced housing discrimination because of de jure policies and practices.

While Evanston might have had pure intentions, you certainly cannot place a price on the lives that were lost, the land and dignity that was taken, and the many years in which America as a whole failed to address, correct, and apologize for subjugation, oppression, trauma, and racism.

We’re still paying the price for being Black, so what price will America pay to us?

What’s your hot take on the case of Evanston reparations? Hit me up and let me know. 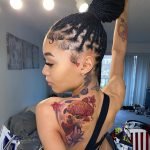 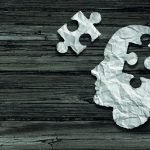