Where cancel culture and heated debates with the occasional hilarious memes leave us either ready to box anyone that dares to disagree with our Twitter thread, or laughing till tears run down our cheeks, Black Twitter is at it again. This time it’s with yet another hot take and heated debate with the third wave feminists, Pick Me’s, and the men that think the sun, Earth, and moon revolve around them.

Seventeen years after the release of Destiny Child’s iconic song “Cater 2 U,” people have decided to argue on whether the 2004 song should be cancelled for its submissive nature and internalized sexism, describing it as “slavery.” Sounds like a far-fetched reach, right?

When I ask you (You provide it)

You inspire me to be better

You challenge me for the better

Sit back and let me pour out my love letter

My life would be purposeless without you (Yeah)

Okay, I’m not with Beyonce, Kelly, and Michelle on this one. You shouldn’t be basing your value and purpose on your significant other, because at the end of the day there was always you before they came into the picture. If your partner is the only air that you breathe, seek therapy…. IMMEDIATELY.

Besides that one line, y’all act like you’ve never been in love before and wanted to give your significant other your all–if of course, they deserve it.

Let’s be honest with each other because you know I don’t like to sugarcoat anything. I don’t think the problem is the lyrics. I think that some of y’all are bending over backwards and catering to people that don’t like you enough to reciprocate the same time, attention, and energy that you’re giving to them just to let them know that they’re loved, appreciated, and special. They’re playing with you and treating you like a convenience.

Instead of typing these lengthy unsolicited think pieces on the lyrics, you should be focusing on finding a significant other that’s going to cater to you the same way you do to them. Trust me on this. If they only text you “so wyd’” every two minutes and you have to ask them to do the bare minimum, don’t expect him/her/them to cater to you.

Anyways… Stream Destiny’s Child “Cater 2 U” because we’re not cancelling the song. Instead, we’re cancelling cancel culture and the partners that don’t deliver or cater to you like they should be. Remember, a healthy relationship is never one-sided!

What’s your hot take on the song? Hit me up and let me know. 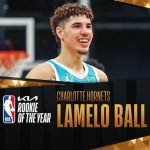 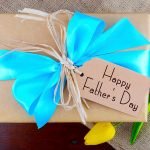