Have you ever met a woman who is multi-talented, beautiful, and can play several different instruments? How about one who has traveled the world and worked with some of the most talented names? No? Well allow me to introduce you to Dani Ivory. Dani Ivory was the lead keyboardist for Cee-Lo Green on several occasions. Dani also was a keyboardist and background vocalist for Interscope’s, Imagine Dragons. Dani even opened up for Prince. Might I add, she recently toured the world with Beyonce as a part time keyboardist for her Mrs. Carter Show. She performed with Bey nationwide and played at the Superbowl with her. Dani is now going solo with her career. I had the pleasure of interviewing her. Check out our interview below.

You’ve worked with some of the most talented names in the industry. What are some things you’ve learned from them that you will take with you in the future?

I’ve learned in the entertainment business that you must be real. People can tell you’re being fake. Success does not happen overnight. Stay consistent and work hard. You have to give the fans what they want but stay honest with yourself and be true with others.

Who are some celebrities that you have yet to work with, that you want to collaborate with one day?

Timberland, Justin Timberlake, Will.I.Am, John Mayer, and Alicia Keys. I would like to even work with Beyonce one day. Maybe even write a song for her. I would really love to work with Stevie Wonder. The first song I ever really knew was one by Stevie Wonder. I would walk around the house singing, “I just called to say I love you.”

What made you want to go solo?

I started off as a solo artist. I moved to Los Angeles and released an album when I was young. I kind of put a band together and we went apart. I got an audition with Cee Lo Green and then started touring with the Imagine Dragons. When the Imagine Dragons got signed with Interscope, we decided to part ways so I could focus on my solo career. I didn’t want to be in a band for the rest of my life.

Describe who Dani Ivory is in 3 words only.

How did you stay consistent with music throughout your childhood?

My mom is a musician. I was in the womb listening to music. I was always listening to classical music and I sang in the choir. I’m a multi-instrumentalist because of my siblings. They play different instruments and taught me.

What’s next for you now that you are done touring with Bey?

I may be doing some tours over the summer. I’m still working for Beyonce. I want to do my own show and I’ve always wanted to do a music video. I want to work on my album and get enough financial backing to do everything I want to do.

Dani Ivory is truly an amazing musician. In ten years Dani sees herself “making a solid name for Dani Ivory, touring the world, and becoming a philanthropist, having her own jewelry and makeup line, going to medical school, having children and a husband.” Yes, Dani is in a relationship and has been with the guy for close to a year now. They both have a love for music which I find very cute.

Dani Ivory wants all of the youth who want to be in the music industry someday to “hold your integrity, trust yourself, don’t believe everything you hear, and stay organized.”  Stay tuned folks, Dani may be on your local televisions soon. She is very talented and has a voice of an angel. Listen to some of her music at http://www.daniivory.com/ and be sure to follow her on Twitter @daniivory 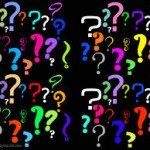 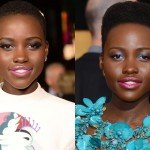