I have a new obsession for an accessory that isn’t so new!

I purchased my first fanny pack last year from Rue 21. It was originally $19.99, but I caught it on clearance for 5 bucks! It was transparent fanny pack with black straps. I used it to carry my stylist kit for a shoot I was helping out with. 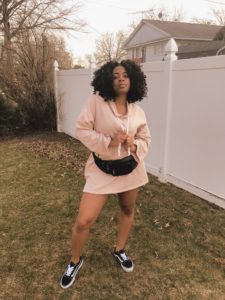 I bought my second fanny pack last month for my birthday. I went on several trips and I needed something that I could carry. I did not want to use a purse because I knew it would take a longer time to get through TSA. I purchased it from Rue 21 again for just 5 bucks. This fanny back came in handy because I was able to carry my ID and flight pass safely. I also liked how easy it was to access them because you literally have to pull them out 3 times before you get on the plane.

As I was walking through the airport so many older people were laughing at me and talking about how they are shocked that someone my age was wearing a fanny pack. “Mannnn…I used to wear those back in the day” That prompted me to do some research on fanny packs. I know they were popular back in the 80’s and some of the 90’s, but I wanted to know exactly when they became popular. 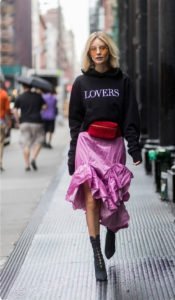 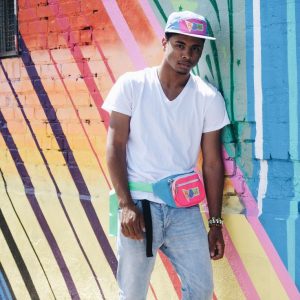 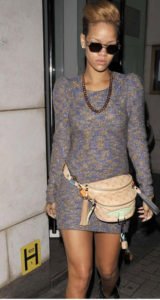 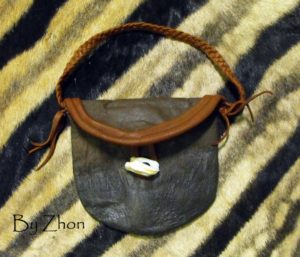 The modern version of the fanny pack came to light in the 1980’s. It was made from synthetic materials that came in an array of colors. Vogue used fanny packs throughout all their issues in the 1990’s. By the late 90’s the fanny pack era had died, but then it popped back up in 2012. Designers made them more stylish and desired. Manufactures now offer these same designs for much cheaper so now I see fanny packs everywhere! 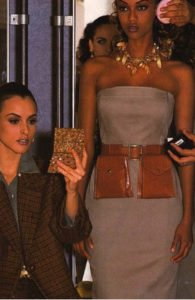 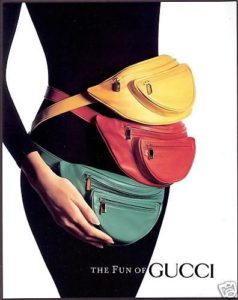 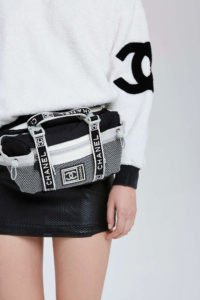 Fanny packs aren’t always called fanny packs. Depending on where you live there are many different names for them. 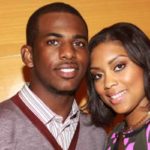 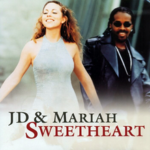