One of the unfortunate statistics to emerge from this pandemic is that numbers of reported domestic and partner abuse are skyrocketing. The New York Times reported that “Three women die each day at the hands of their abusers, according to the National Organization for Women (NOW). The pandemic has exacerbated dangerous situations by forcing partners to stay without interruption in close quarters…and hotlines around the world have reported an increase in calls for help.” It’s important to spread awareness that abuse can happen to anyone, and that’s what FKA Twigs intends to do.

Twigs, born Tahliah Debrett Barnett, is a 32-year-old artist, singer and performer. She detailed her experience with being abused by actor Shia LaBeouf in a romantic relationship in 2019 in an exclusive for the New York Times on December 11th, 2020. Both emotional and physical abuse led to a diminished sense of self-esteem and creative security for Twigs, a textbook example of how abusers isolate and create insecurity in their victims. In the lawsuit she recently mounted against LaBeouf, Twigs named multiple incidents in which LaBeouf was intoxicated and behaving recklessly towards her and his own safety either in a car, in public or on sets. LaBeouf has spoken about his history of alcoholism and “abuse towards those around him” vaguely, not offering much to counter Twigs’ claims.

This story is important to tell to prove that even celebrities can deal with abuse behind closed doors. Twigs emphasize that she felt that it was important to come forward now so she could “raise awareness on the tactics that abusers use to control you and take away your agency”. Tactics such as gaslighting, extremely controlling physical behavior or body language and emotional isolation after the “honeymoon” phase can build walls between victims and anyone other than their abuser, cutting off their network for support. Twigs also noted that she has been donating to various charities and funds for abuse victims in similar situations to her previous one.

Talk about a way to use your platform!

If you or someone you know is experiencing abuse visit this website for area hotlines. 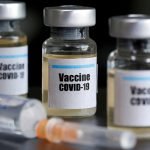 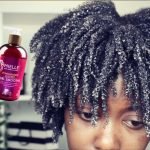