Little starting Marsai Martin, Issa Rae, and Regina Hall opens in theaters this weekend. In the past, April has been a good month for Black cinema. Here’s a look at some of the movies that came out back in the day during April!

This classic stars LisaRaye, Jamie Foxx, Bernie Mac, and Monica Calhoun. It was directed and written by Ice Cube. The movie follows a young mom, Diamond, who pays for school by stripping. Eventually Diamond puts her younger cousin Ebony on, but Ebony gets sucked into the game. After Ebony betrayed her big cousin, Diamond has to decide if she’s willing to save her fam when she gets sucked too far into the game. During the Player’s Club opening weekend it made over $8 million. Just like Regina Hall who’s first big break was playing a stripper in the Best Man, LisaRaye had to bare it all for her first leading role portraying Diamond.

What would you do if someone you don’t even know gets you arrested and sent to jail for something you didn’t do? Well, both Eddie Murphy and Martin Lawrence take you on that journey in the movie Life. This movie will have you cracking up as you watch Ray (Murphy) and Claude (Lawrence) attempt to escape prison throughout their 65-year bid in the pin. During its opening weekend, Life made $20 million and grossed about $70 million. During the ‘90s both Lawrence and Murphy were making people role on the floor with laughter. Seeing these two powerhouses come together was an ionic moment.

Would you be willing to play for your heart? Personally I don’t think I’d be willing to play a game of basketball to be with the love of my life, but it played out cute for Monica and Q. This movie is def a classic. It stars Sanaa Lathan and Omar Epps—and our girl Regina Hall makes a cameo. L&B documents the love story of Monica and Q through their love for basketball. During its opening weekend, it made over $8 million dollars and became a hood classic. All I know is, if a guy ever challenges me to a game of basketball for anything, we are over.

If Keke Palmer never had you to wanting to compete in a spelling bee, then you have to rewatch the movie. The movie follows 11-year-old Akeelah as she not only inspires herself and her family with her spelling abilities, but her entire community. The movie stars Laurence Fishburne and Angela Bassett and made over $6 million dollars during its opening weekend. By the way, back in the early 2000s Palmer was the one paving the way for Marsai.

With any luck (and support) the month of April will bring Little success like these classics did during their opening weekends. 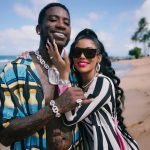