He came back y’all. He came back with a response, and let me tell you it’s tough. Colin Kaepernick really ain’t no joke. Excuse my enthusiasm, but I grew up in a household with two African Revolutionary parents, so Kaepernick’s response to this new Jay-Z NFL deal has got me a little hyped.

If you do not follow my man’s Instagram, gone ahead and make your way to his page. Lord knows I want to quote the entire passage he posted, but you guys are aware of my word count struggle. Moving on.

Kaepernick recently posted on his Instagram a highlighted passage from Robert L. Allen’s Black Awakening in Capitalist America (1969). This boy is bad y’all. He purposely chose the part in the novel that included a quote from Frantz Fanon, a revolutionary and a Pan-Africanist. FYI, Fanon supported the Algerian War of Independence from France, and he was a member of the Algerian National Liberation Front. This man’s work inspired revolutionary political organizations in South Africa.

But let me get off this Pan-Africanism binge. Back to Kaepernick. I do not know how anyone else will interpret what he quoted, but I’m choosing to interpret it in the obvious way.

“They call themselves nationalists and exploit legitimate nationalist feelings of black people in order to advance their own interests as a class.”

That’s just a small taste of the highlighted portion, but come on guys, how does that read to you? Capitalism in any society is atrocious. Period. It’s really not up for discussion And that’s all this is. Another group of people earning the wages off of another group’s backs.

Reading always gives me clarity. “What [they] seek is not an end to oppression, but the transfer of the oppressive apparatus into their own hands. “ Robert L. Allen, Black Awakening in Capitalist America (1969)

To top it all off Kaepernick captioned his post stating, “Reading always gives me clarity. ‘What [they] seek is not an end to oppression, but the transfer of the oppressive apparatus into their own hands.‘“

At the same time Kaepernick seems to also still want to return to the NFL. Not just destroy the system but infiltrate it as well.

Both concepts want to do something for their people. Revolutionaries like Bobby Rush and Kwame Ture (Stokely Carmichael) had two different views on how to bring change. Rush became a U.S. Representative of the State of Illinois, but don’t get it twisted. This brother came from the Black Panther Party. He worked within the system by becoming a politician. Ture, field organizer of Student Nonviolent Coordinating Committee (SNCC) and builder of the All African’s People Revolutionary Party (AAPRP), wanted to straight up destroy the system. The G.O.A.T/homie.

Both sides came together to create change. Ture said on a number of occasions that our people needed to unit. He called for an African United Front from the left and the right in order to create a unification of our people. Jay and Kaepernick can entice this same emotion. They can show our people how to band against the oppressor in more ways than one.

They both have a job to do. As Ture said, “the job of the conscious is to make the unconscious conscious.” 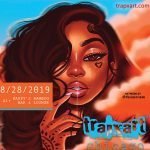 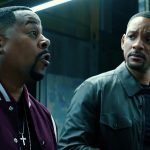