Frank Ocean has finally said a few words since he came out. The singer/songwriter penned a letter in the beginning of the month discussing his first love which was a man….

â€œI wished at 13 there was somebody I looked up to who would have said something like that, who would have been transparent in that way,â€ he said. 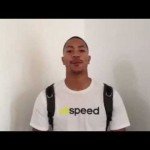