You may have heard how the entertainment world went crazy after hearing about Frank Ocean’s letter which was released to the public on Independence Day (how ironic) about his sexuality. Since then, many people have voiced their opinions and some have even stated they will no longer listen to his music! His first album, Channel Orange, was finally released last week with drama of course! Target has refused to sell his album, the reasons why are unclear. Beyonce, released the above photo to voice her opinion on the subject. Personally, I always enjoyed his music and I will continue to support him because it is unjust to judge someone that way! What are your thoughts people? 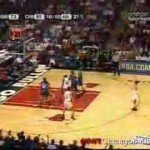