G Herbo was one of many artists to release music, as Friday was the day of music drops. Although it was only two singles, they didn’t disappoint. The Chicago rapper has been frequently dropping music, the latest release being “Break Yoself” and “Really Like That” with videos accompanying each. Prior to these singles, G Herbo released his album PTSD and the single “Statement” that addressed fraud charges the rapper faced in late 2020.

These new singles come just days after G Herbo took to Twitter saying, “I AINT DROP SHIT SINCE I DROPPED MY ALBUM. FEELS LIKE A GOOD TIME TO GET BACK TO IT 😈 2 NEW TRACKS COMING FRIDAY.”

Things haven’t been the best for the rapper in the last few months due to the fraud and aggravated identity theft he was arrested for in September 2020, but he’s not letting that stop him from putting out quality content for his fans and supporters.

As he drops more music, he gains a larger audience and proves that he’s someone to know when it comes to rap music. He’s definitely putting Chicago on the map and I’m here for it. 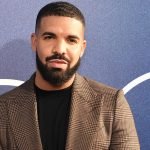 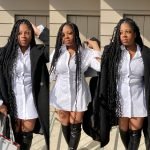