As spring approaches I know you guys are looking for new music to stream, so don’t worry I got you covered. You should definitely add Chicago-native, Gayun Cannon’s songs to your playlist.

Cannon, 18, currently has two songs out and more to come. Her latest release is titled “Serenity” and you’ll feel exactly that when you listen to it. “This song is a love song about someone my friend Serenity introduced me to. I named the song after my friend because I have a lot of love for her as well. The song more so talks more about loving someone, but keeping in mind that you can’t be attached. You can become dependent in love, some people become codependent. This song is the balance between that.”

The multi-instrumentalist began playing music at a very young age and has continued to learn more. “I’ve been playing piano since I was 4. My dad’s a musician so I’ve seen him perform. I’ve been on and off with music throughout the years. I think I finally realized that I wanted to be a musician during my junior year of high school after I joined a Blues combo.”

When it comes to influences Cannon has her top three. “Lana Del Rey, Amy Winehouse, and Solange are my main influences,” she said. “Especially Solange when it comes to my style as a Black woman. Amy when it comes to jazz and Lana when it comes to singing style.” While those are her musical influences, Chicago has definitely had an impact on Cannon’s developing sound. She noted that Chicago’s nature and sound along with her peers have really inspired her. “I feel like the biggest influences we have are our peers. I used to go to a lot of open-mics and performances with my dad. Also, Chicago natives are a different breed. We hit different; the people, the vibe, et cetera.”

She hopes that when people listen to her songs that they feel like they’re floating. “I would describe my sound right now as dream pop mixed with soul. Dreamy kind of vibes I want people to feel as though they’re floating; hence is why I add soul effects, reverbs, and balances with my songs.”

Cannon is on a roll and doesn’t seem to be letting up any time soon in her future as a musician. “I’m currently studying as a music business major because I want to be an A&R for a record label while still working on my music as well. I want to search for different artists and sounds, I love working with people therefore, I want to work with artists on a business level.”

Cannon plans to drop new music in the very near future. “I have two songs in the works. One for April and one for May or June. I hope to release an EP by the end of the year and to drop some visuals for Serenity.”

Don’t forget to stream her song “Serenity” and her debut single “Manifestation”. They’re available on SoundCloud and all streaming platforms! 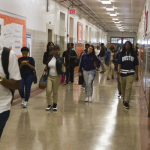 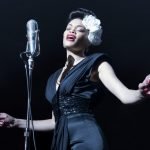