Today marks the one-year anniversary of George Floyd’s death,  an unarmed black man who was killed while being arrested by white officer Derek Chauvin. Soon after the incident last year, videos recorded by bystanders who witnessed the incident came to light, showing Chauvin kneeling on Floyd’s neck for several minutes. This disturbing video, proof of how recklessly Floyd’s life was treated, sparked protests and riots all over the world in retaliation.

On the day of Floyd’s death, he bought a pack of cigarettes at a corner store in south Minneapolis. The worker in the store believed that he had used counterfeit money, which was what led to Chauvin and three other officers being called to the scene after Floyd refused to pay for them again or return the cigarettes.

Onlookers began recording when Chauvin pinned Floyd down with his left knee on his neck and shoulder and kept it there for more than nine minutes. Though two of the other officers helped keep Floyd down, and the fourth prevented witnesses from intervening, Chauvin faced the most serious charge as the senior officer.

During this whole ordeal, Floyd told the officers that he couldn’t breathe more than 20 times. He didn’t seem to be conscious as he was carried away and an hour later Floyd was pronounced dead at the hospital.

At the time, Chauvin had at least 15 conduct complaints against him prior which was more than enough proof to people everywhere that he should have been held accountable and disciplined long before he got the chance to kill an innocent and unarmed Black man. And on March 29 his much-awaited trial began.

This trial was one of the most closely watched in recent memory, and protesters, movements, and people at home watching were more than relieved when Chauvin was found guilty on all counts he faced. They include unintentional second-degree murder, third-degree murder, and second-degree manslaughter. The following day the other officers involved were fired and the station where they worked was set on fire.

Today on the one-year anniversary of his death, the family of Floyd met with  President Joe Biden, Vice President Harris and congressional lawmakers. Some feel like this invitation was nothing but more performative activism from Biden and the lawmakers who created the system and Laws that ultimately were at fault for Floyd’s death. Others feel like it was an honorary act and the first steps to getting the George Floyd Policing Act to be passed. Despite whichever way you lean, we can all agree that the fight against the system, laws, and racist constitutions is far from over.

Unfortunately Floyd was only one of so many police brutality cases, many of which never received any form of justice or penance for their discriminatory deaths. This is a fight Black people have been fighting for hundreds of years, and though it seems we’re finally making a small amount of headway, it definitely doesn’t end here.

Racism is still deeply rooted in our everyday systems, and our people are still being killed every day simply because of skin color and stereotypes. Though it may seem all for nothing, Chauvin’s sentence and trial proves that our protest are slowly but surely making a difference. 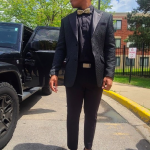 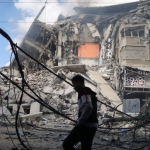