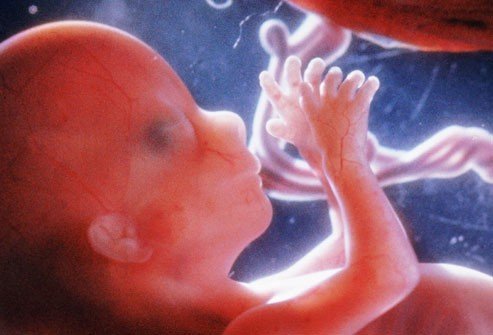 Granted I did not take anatomy in high school, but I did take health my freshman year. And last time I checked it is not possible for men to get pregnant. They have the ability to impregnate a woman, but not the ability to carry the child themselves. There is no science to support that.

Which is why I am so incredibly baffled as to why MEN are making abortion laws? Someone make it make sense.

Last Tuesday, Georgia Governor Brian Kemp signed a “heartbeat bill” that would ban abortions if a fetal heartbeat could be detected. The American Civil Liberties Union plans to challenge this law in court.

Apart from my health class, I also know basic human biology. If memory serves me correctly, a heartbeat can be detected six weeks into the pregnancy. Six weeks pregnant means a woman’s menstrual cycle is two weeks late. It is relatively common for a woman to be two weeks late on her cycle and not be pregnant.

Most of the men writing these laws do not know the first thing about a woman’s body outside of the things they want from it. But let me step off my soapbox for a minute and get back to the logistics.

Before this bill was signed women were allowed to undergo abortion procedures up to 20 weeks into said pregnancy.

“The bill is very simple but also very powerful: a declaration that all life has value, that all life matters, and that all life is worthy of protection. I realize that some may challenge it in a court of law. But our job is to do what is right, not what is easy. We are called to be strong and courageous, and we will not back down. We will always continue to fight for life,” said Gov. Kemp before signing the bill.

I have to say his choice of diction during this little speech is quite comical. These same people who are so pro-life are also very anti stricter gun laws. In fact, just recently there was another school shooting in Colorado this past week. A 17-year-old student was killed and eight others were injured. This is now marked as the 115th school shooting in the U.S. so far in 2019: 1,082 children across the country have been killed or injured by gun violence, according to AJ+.

Where are all the pro-life people to make some noise about this? They remain silent. Interesting.

There are some exceptions to this new abortion law. For one, if the pregnancy risks the life or poses substantial and irreversible physical harm to the pregnant woman, then an abortion can be granted. There was nothing mentioned about a woman being raped, not having the financial means to support a child, or she’s just simply not ready to be a mother yet. Of course the Republicans had a response to that.

Georgia State Rep. Ed Setzler said abortion is a “barbaric procedure” and that many other options exist for women, including adoption and the “morning after” pill.

I am not even about to begin arguing this statement because once again I have a word count. Just know I can negate this entire statement easily.

If you think Georgia is bad, Alabama is even worse. According to CBS News, in a 25 to 6 vote Bama just passed the “Human Life Protection Act,” a near-total abortion ban that provides no exception for rape or incest. Under this act, doctors who perform abortions can get up to 99 years in prison! The bill must now go to Governor Kay Ivey, also a Republican, before it can become an official law.

Both these bills are going against a woman’s basic human right. This is an egregious abuse of power, and I look forward to seeing the ones brave enough to fight this law.

Staci Fox, CEO of Planned Parenthood Southeast, had a few messages to deliver, “To Georgia’s governor, we will see you in court, and to the lawmakers who supported the bill, we are coming for their seats.”