“Just to feel something.” – Euphoria.

One of the best shows in the entire universe has graced us with their presence yet again. Am I biased about this fact? Of course. However, I’m sure to tell you that about 95% of my timeline would agree about being elated that this Emmy award-winning show had finally dropped season two. The trailers for this upcoming season have caused fans to be jam packed with theories and have us all on the edge of our seats.

The first episode titled “Trying to Get to Heaven Before They Close The Door” is pretty self-explanatory for the jaw dropping premiere. The foundation of “Euphoria” that I admire and love is that each show begins with a backstory of one of its primary characters. This way the audience can understand exactly why they do the things they do. We may not always agree and it may even make us feel sorry for terrible people, such as Nate, but then it makes us snap back into reality that your circumstances don’t make you an evil person; that’s entirely your choice. However, this episode began with the insight into one of my favorite characters, Fez, and how he became the laidback, badass drug dealer that his gangster grandmother groomed him to be. After being introduced to the lifestyle at such a young age, becoming the man of the house, and taking care of his younger brother Ashtray, fans feel more connected to the mysterious aura that surrounds Fez more than ever.

One aspect of “Euphoria” that they seem to be tapping more into than ever before in this season is this interesting theme: Loyalty. During this season’s premiere of “Euphoria,” every relationship that graces the screen is deemed to have any loyalty ties destroyed. My jaw completely dropped at Cassie falling for Nate’s manipulative advances and having sex with him in the bathroom of a party. The whole time, Maddy, the best friend and ex-girlfriend of Nate, was banging on the door of the restroom not knowing that the two are on the other side together. Nate’s betrayal against McKay for sleeping with his ex-girlfriend and being completely invasive and weird when asking McKay about their sexual history. Rue jeopardizes the safety of Fez and Ashtray who look at her as family but they both know she’s not built for the reality of the drug game. There is an introduction of a possible new love interest for Rue, who is actually a guy, and the prediction that Jules may not always be the love of her life like she thinks. And of course, I can’t forget the very last scene where Fez proved his love and care for Rue once again.

I knew that “Euphoria” would definitely come strong for season two, but the ending of its premiere episode had audiences begging for the entire season to be dropped immediately. After seeing Nate get away with so much trauma, destruction, and manipulation during its first season, it was only right that karma would eventually make its way to him. And what sort of karma showed up for Nate that particular night? Fez, in the form of a public and humiliating beat down with a bottle busted over his head. Too far? Nah, I think the treatment given deserved sounds about right. After watching this graphic scene with Fez completely not holding back anymore, there’s only one thing I could agree on with Rue during this entire episode once it was done.

What do I predict for the next episode? I’m excited to see how the love interest between Fez and Lexi plays out as they seem to be complete opposites, but more compatible and healthy than ever with their interactions. I wonder if Rue will end up choosing a new love interest for once instead of Jules always being the one to leave. Also, when will Maddy finally figure out what her best friend, Cassie, did with her ex? And if we know anything about Maddy, this news will definitely bring hell to whoever’s in her path.

Make sure to catch the latest episodes on HBO Max. Leave your reaction below. 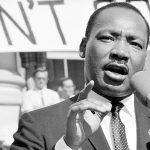 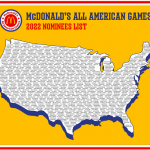