We are already two games into the NBA Finals being led by Giannis Antentekumpo of the Milwaukee Bucks and Chris Paul (CP3) of the Phoenix Suns. The winner of these finals can majorly impact both squads, and more importantly the main players in the game.

For the Suns, this was the first time they even made the playoffs in 11 years, and this is Paul’s first year on the team, and his first time in the finals in his 16-year career. He is trying to solidify his argument as a top point guard of all time, and with his first NBA championship, it would be really hard to argue that he isn’t in the top five. He is in the mix with Jason Kidd, John Stockton, and a few others for that fifth spot, and he has a chance to separate himself.

He is also in the conversation for one of the greatest team leaders of all time along with MJ, Magic Johnson, LeBron, Bill Russell and others. Winning a championship could help his argument as the best, although in order to gain that title firmly, he may need to win quite a few more titles. A win this year will also be the Suns first NBA title in franchise history.

For the Bucks, this will be the franchise’s second title since 1971 and Giannis’s first. The Bucks have been in the hunt to get to the finals for the past four years and they finally broke through. Giannis is one of the rare players in the league who believes in winning with the team that drafted him, however, the two-time MVP and Defensive Player of the Year may not get another chance to win. That’s because there is some real competition in the east with the Nets and their super team made up of Kevin Durant, James Harden, and Kyrie Irving. Let’s not forget about the 76ers if they are able to make a trade for Ben Simmons. The threats for Giannis are there, which is why this win is important.

If the “Greek Freak” is able to pull through and push through the knee injury that he suffered in game four of the eastern conference finals, he will begin his campaign on his road to trying to be the best player of all time. He’s doing a pretty good job at it so far,  too. Last night in game two he earned 20 points in the third quarter, surpassing LeBron James and Kobe Bryant’s 19 points as the most points in an NBA Finals quarter over the last 25-seasons, according to si.com. Giannis is already one of the most dominant players to play, but now he has to show that he is capable of winning.

This should be a great series, I suspect it will go six or seven. If I was forced to put money on it, I would put my money on the Suns, because they have more depth than the Bucks, and I trust Devin Booker and Paul to hit clutch shots more than I trust Khris Middleton or Jrue Holiday. 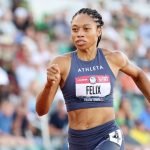 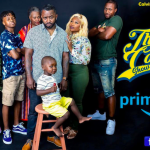