The Met Gala, formally called the Costume Institute Gala or the Costume Institute Benefit, and known in pop culture as “fashion’s biggest night out,” rolls out its red carpet every May. And every May we all gather around our screens to see what high fashion absurdity celebs will bring to the infamous staircase entrance. This year is no exception, and now with 2022’s theme finally announced, the internet is up in arms speculating about what’ll mean for the looks of the night.

What I think people often forget is that in essence, the Met is a costume event. The looks aren’t meant to look like they belong on a regular red carpet or even in this world, and they cater to a specific theme each year. For example, the Met 2018 theme was “Heavenly Bodies: Fashion and the Catholic Imagination” and we could really see the focus on “costumes” with looks like Zenday’s Joan of arc inspired piece, and the giant pair of angel wings that Katy Perry wore.

And with this year’s theme as “Gilded Glamour,” I expect the costumes of the night to be especially detailed and striking.

“Gilded Glamour” specifically refers to the Gilded Age of New York, a period between 1870 to 1890. It was an era of spectacular fashion in the upper class of New York. Women’s clothing during this time in particular was very extravagant, brightly colored, and included dramatic accessories like feathered hats and expensive jewelry.

Think “Bridgerton” times ten, because more-is-more when it comes to the Met. Attendants are sure to be decked in intricate embroidery, lace, feminine patterns, and tea gowns.

Based on the past Met looks of attendants this year, we can trust in them to pull this off and go big or go home. On the carpet this year we’ll see legends like see Blake Lively and her husband Ryan Ryendolds, Meghan thee Stallion, Bella Hadid, most of the cast of “Euphoria” (except Zendaya), and many, many more.

This year’s theme leaves for nothing but extravagant and beautiful costumes, and I can’t wait to see how all my favorite celebs pull it off. 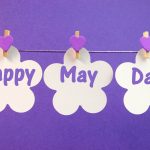 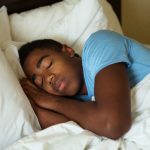