Over the past month, the debate over whether the Chicago Bears should start Justin Fields or Andy Dalton has been entirely one-sided and toxic.

Bears fans have ruthlessly expressed that if Fields is available, they do not want to see Dalton on the field. Head coach Matt Nagy, however, has made it clear that Dalton, the recently signed 10-year veteran who agreed to a one-year deal in March, is the starter for now. Nagy has stuck to his guns despite the criticism from the Bears faithful and others.

So far, Dalton’s performance has not been very inspiring, making the groans from Bears fans grow louder. This is not ideal for Bears fans as they are desperate to see their highly touted star quarterback take the field.

Many needlessly despise Dalton under center and give him no credit for his contributions on and off the field. He has noticeably been an incredible mentor for the rookie quarterback, Fields, and several should thank him. But, until fans ease off of Dalton, he will continually have to respond to questions about his protege.

Although Dalton has had to endure the unnecessary hate from many, he has remained positive, saying nothing but great things regarding Fields.

Fields has returned the favor, actually calling out the immature behaviors Bears fans have displayed. “Andy is out there on the field right now, so I think it’s kind of disrespectful to Andy, them cheering my name like that. They have to trust in the coach to make sure he’s making the right decisions and cheer Andy on.” Fields added, “That’s not helping Andy play better, them cheering my name. That’s not doing that. So I would say my advice to them would be, just cheer for who’s out there playing on the field.”

The plan Nagy has put together is understandable. Nagy has decided to start the veteran and let the rookie learn from the sideline. Plus, with the offensive line looking shaky, it would be perilous to throw Fields in the fire right away.

With the unfortunate loss in week one, it seems as though the Bears faithful will never give Dalton a chance. But, they will have to learn to come around to the idea of Dalton starting under center since he will be doing the same on Sunday in Chicago. He might not be the star he was in Cincinnati, but he still should be respected at the very least, whether you like him or not. 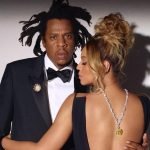 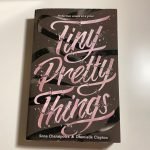