One of the things I value and love about this Michael Jordan doc-series is that they don’t just solely focus on Jordan. Although Jordan can be quoted in the documentary saying that there “is an ‘I’ in win,” we learned that the legendary reigning Chicago Bulls champs were extremely credited to Jordan’s success, in his opinion. It’s easy for us to symbolize and associate MJ as the franchise star for NBA and the Chicago Bulls, however, this documentary shines additional light on the other prominent and essential stars on the team.

Episode 3 begins with Dennis Rodman stating, “You got the great Michael Jordan, the great Scottie Pippen, the great Phil Jackson. But if you take me away from this team, do they still win a championship? I don’t think so. I love Michael Jordan to death. I love Scottie Pippen, all these guys. But they really don’t do the things that I do.” This quote alone set the tone for how episode 3 was structured and centered around one of the greatest rebounders of all time: Rodman.

Rodman is known for being extremely tough, savvy when it came to anticipating the competitors every move, and being a wildcard with his hair styles and piercings. He would be shown on the NBA court with pink and green, 33 cheetah inspired prints (in honor of Pippen), a smiley face print, and a Chicago Bulls logo on the back of his head. Rodman’s confidence of who he was on and off the court showed constantly during his daily life and he was never apologetic about being unique.

When Pippen took a break from the Bulls due to tension between administration decisions, Jordan was left without his trusted sidekick. Therefore, MJ needed someone else to look to and trust to have his back on the court. This was a major test for Rodman to step up to the challenge and showcase why he’s argued as one of the best rebounders in NBA history.

Although I wasn’t too familiar with Rodman prior to this documentary, I soon realized why his legacy is so valued. One of his quotes that truly stood out to me as the type of contender and player he was is when he said, “I practiced a lot of the angle of the ball and trajectory of it. You got a Larry Bird, it’s gonna spin. You got a Magic, it’ll maybe spin. When Michael shots over here, I’ll position myself right there. Now it hits the rim, it’s boom uh! Click and go back this way. Boom here here. Click and go that way. Boom that way. So basically I just started to learn how to put myself into position to get the ball”. Rodman was considered a “rash” on players. He was known as a “pest” that his opponents couldn’t get away from and someone that dominated the defense on the court.

Before Rodman was on the Chicago Bulls, he played for the Detroit Pistons that were known for being one of the most aggressive and challenging teams in the league. He brought that fire, spunk, and knowledge to the Bulls which later contributed to them blowing out the Detroit Pistons and winning a championship title.

Make sure to catch episodes five and six of the “Last Dance” on ESPN at 8 pm. 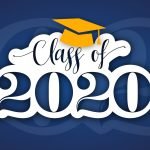 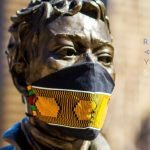