Stephen Curry, the greatest shooter of all time, has officially broken Ray Allen’s record for most three-pointers made by one player in a career. He could not have achieved this historic mark anywhere more special. He did it in legendary Madison Square Garden, where he recorded his first superstar game on Feb. 27, 2013, with a 54-point eruption against the Knicks.

Coming into Tuesday’s game against the Knicks, Curry needed merely one three-pointer to tie Allen and two to break his record. His first historic three-pointer inside the first two minutes, and the second, the record-breaker, came at the 7:33 mark of the first quarter.

The emotion that exploded from the ever so humble Curry was sensational. Everyone could tell how impactful the moment was for him and how influential it felt for numbers 2,973 and 2,974 to fall through. Moments like this are what NBA fans live for–history: having his parents, Allen, the crowd, and Reggie Miller, who ranks third all-time on the 3-point list, on the call for TNT made it all the merrier.

Fortunately, Curry’s historic achievement did not end badly as the 33-year-old led the Golden State Warriors to a 105-96 victory with a team-high 22 points and five threes, extending his career total three-pointers to 2,977.

When the young Curry began changing the game in 2014, his first All-Star game appearance, with his impossible three-pointers, everyone knew he would eventually break the record. There was no question of whether he would break it or when. Instead, people wondered how long he could go.

As everyone can see, Curry is not giving up his place as the league’s top marksman anytime soon as he is continually pushing himself to new heights. In fact, according to ESPN, he’s averaging career highs in both 3-point attempts (13.4) and makes (5.4 per game), doing so with unbelievable efficiency.

After the game, Curry made sure he paid tribute to two of the people who’ve been with him nearly his entire career, Andre Iguodala and Draymond Green, thanking them for their support and gifting them engraved Rolexes.

For years Curry has essentially rewritten the rules of the NBA, now players are playing faster, attempting a greater volume of threes, and adopting the long-range gunner.

On behalf of the entire NBA and loyal fans of the game, thank you, Stephen Curry. 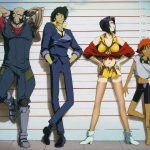 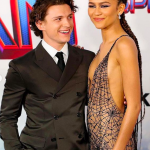