Imagine watching one talented man interact with his fans as his voice blasts through the store speakers.Want to guess which artist sold over one thousand pre copies of his new album and did in store signings at several stores, including DTLR in River Oaks Mall? Do you want a clue? Okay, I’ll help you out. Here is your clue, “It’s Mr. Steal your girl!”

If you guessed Trey Songz, then you’re completely right.Trey showed mad love to his fans as he signed hundreds of albums in just one day.Smiling at each fan and making small conversation with them only gave them the confirmation they needed to assure them. Trey was absolutely breath-taking. He gave hugs and kisses on the forehead along with handshakes. He was friendly beyond all measures. He was not the only one friendly though. There were females there doing the most. Lets just say they were trying a little too hard to get Trey’s attention–lifting their skirts up,switching past him,throwing money at him,yeah I think you get the message. There were tears and screams of excitement. Security was tight and everyone was working hard to make the two hours Trey spent in the south suburbs smooth. Not to mention,WGCI was there with souvenirs and tickets to Lani’s big birthday bash (that Trey appeared at later that night).

His newest album,Chapter 5, hits fans with R&B and Hip Hop.It is currently number one in the country and has sold over 130,000 units.It’s incredible! This is only the first week and Trey is doing big things. If you have not picked up his new album, you NEED to. This album reminds me so much of his second album, Ready. It explores his heart breaker,sexual,sensitive,and soulful sides. You know that since he has a new album that means tour dates are in the works as we speak. Just being up close watching him only makes the anticipation to see him perform a lot more intense. His event really gained him a lot more fame and publicity. If it’s one man who knows what he’s doing, it has to be Trey.

Check out additional photos below and if you have his album tell True Star what your favorite song on it is. 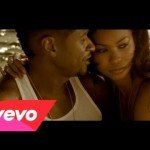