As a punishment for fighting, 2 teen boys at an Arizona high school were forced to hold hands in the middle of campus for an hour. As they sat in shame students were laughing and allegedly asking if they were gay. According to reports, many have criticized the Principal’s actions as being inappropriate.  What do you all think? Did the Principal go too far and will this act possibly lead to bullying? 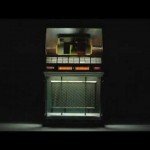