It is not new that a celebrity with much notoriety is accused of child grooming and child sexual abuse in mainstream media. There have been many producers of teen shows and movies, even singers/actors who have also been under the ring for very similar situations. What is surprising about this latest news of accusatory sexual assualt are the people involved.

Recently, comedians Tiffany Haddish and Aries Spears went under fire, and are currently in a lawsuit, with child victims, who for the sake of their safety, go by Jane (22) and John Doe (15), according to the Grio. These two alleged that several years ago they were groomed and abused by Haddish and Spears. They claimed that Haddish and Spears often molested them on video; they were sketches on the channel “Funny or Die”. The lawsuit described such video as a “soft porn molestation video of Mr. Doe.” Haddish’s lawyer Andrew Brettler denied these claims saying that the child victim Jane Doe’s mother “..has been trying to assert these bogus claims against Ms. Haddish for several years.” Brettler added that “Every attorney who has initially taken on her case – and there were several – ultimately dropped the matter…”

The normalization of children being sexualized in mainstream media makes this even harder to beat in cases with victims of child SA, especially by celebrities. Producers like Dan Schnider of Nickelodeon, comedians like Pete Davidson, artists like MGK and stars like Meghan Fox who all have made sexual jokes about children and young teens, play a vital role in the normalization of predatory behavior which is rubbed off and made to seem like jokes. “Funny or Die” removed the video that Spears and Haddish uploaded because they found it to be “Absolutely disgusting and would never produce such content.” They added, “We were not involved with the conceptualization, development, funding or production of this video.”

Haddish recently put out a statement saying, “I know people have a bunch of questions. I get it… . Because there is an ongoing legal case, there’s very little I can say.” Although Haddish cannot speak on everything, she admits fault saying, “While this sketch intended to be comedic, it wasn’t funny at all – and I deeply regret having agreed to act in it.” These videos included Haddish giving Spears young John Doe, who was dressed in tiny briefs, to look after while Spears watched him in a disgusting manner in various sexual positions and angles. The second video encompasses young John in a bathtub while Spears is hovering around watching. The 3rd video encapsulates Spears now in his underwear while small John watches.

Any normal person who even sees the videos will know how sexually abusive and exploitive that is. I pray that parents keep their children safe. It doesn’t matter if they’re a trusted family member or a trusted family friend like Haddish was. Nobody’s intentions are clear. It’s only right that the people involved are held accountable. It’s not about these comedians getting cancelled, although they certainly should be. It’s about justice for the then children who were lied to and ended up victims of SA. 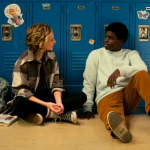 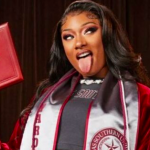