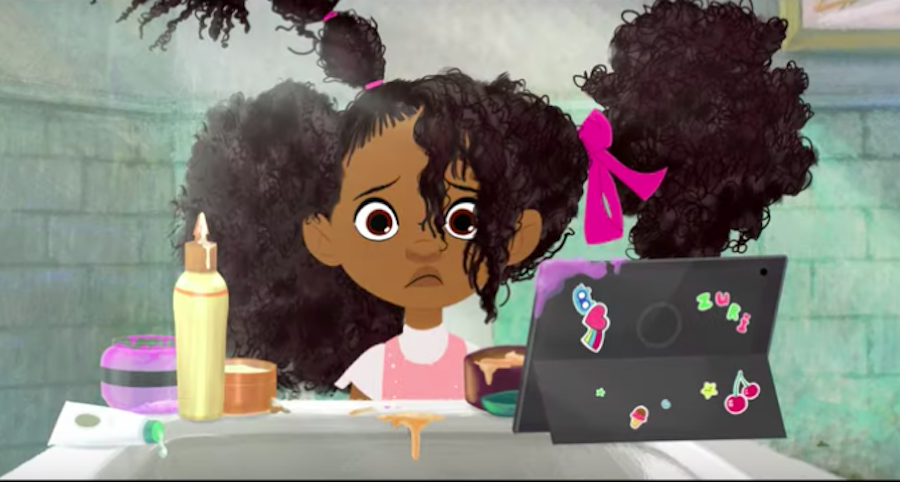 Sunday could be a very big day for Matthew A. Cherry.

Okay, do you guys remember when I talked about Hair Love, the short film about Black hair? Well, guess what! Hair Love has been nominated for an Oscar! It’s so exciting to see an animated film revolving around Black hair and love get its recognition.

Cherry, a Chicago native, and creator of the short film and children’s book of the same name, was thrilled about the Academy Award nomination. In an interview with “Good Morning America,” Cherry talked about how surreal the nomination was for him and his team. “It’s very validating, I moved to L.A. 13 years ago and kinda started over when I retired and I started as a PA (production assistant) and kinda worked my way up doing music videos and short films–so to be here now at the highest level is so crazy,” Cherry said.

The former Cincinnati Bengal went on to talk about the inspiration for the film, which makes me want him to win even more. “A couple of years ago I was coming across a lot of viral videos about African American fathers that were doing their daughter’s hair,” he said. “It really seemed like it was an anomaly, people were really sharing it because they weren’t used to seeing it.”

He continued, “I just wanted to normalize it and kind of shine a light cause often times Black men get a bad rap in not being involved in their kids lives and I really wanted to showcase a strong Black family unit and show that dads are present.”

There were only two other black nominees for the 92nd annual Academy Awards. Cynthia Erivo earned a Best Actress nod for her role in Harriet and for Best Song for “Stand Up,” which is also fro the movie. The other Black nominee is “Les Miserables” director, Ladj Ly, who was nominated for Best International Feature.

The Oscars are only days away. I really hope that all of the nominees win and get the recognition they deserve.