The world–and all the little Black girls in it–have been holding their breath waiting for the first proper look at Halle Bailey as Ariel in Disney’s live-action movie The Little Mermaid since the casting was first announced. Now after a nearly 3-year wait, that first look has finally come to us all in the form of an official teaser trailer. It isn’t much in terms of length–being about two minutes long–but the trailer was more than enough to revive excitement and conversation about the upcoming project.

There’s the resurgence of the “controversy” and online debating surrounding the adaption, of course. The same people who were upset to see a Black woman cast as Ariel three years ago are still upset today and making it known, this time with new complaints in their arsenal, such as Bailey’s hair not benign red enough, the water not looking enough like water and a million other little nitpicky details. And the same people who defended the casting decision still defend it vehemently (if not harder) today.

Essentially, the trailer has turned the internet into a stage five battleground. But that’s not the only thing to come of it. Something beautiful and heartwarming has emerged as well.

A new “trend” of sorts has begun to spread, showing the joyful reactions of young Black girls watching the trailer, which features a snippet of Bailey singing the iconic Disney track “Part of that world.”

In one video posted by Darii, on her TikTok page @callmedarii, the mom shared a video of her daughter Rylie’s reactionto the trailer.

“She’s Black!,” exclaimed another young girl in excitement and shock when seeing Bailey’s face appear on her screen on a different page. (@jendayis682)

Do you understand how it feels for our babies to see themselves in the fairy tales that the world said wasn’t made for them. Say what you want and complain all you want I hear nothing over the joy and excitement this little girl has over seeing a person that represent her. #littlemermaid #MarleyGraceWORLD #littlemermaid2023 #blackgirlrepresentation #BlackGirlSeeThemselves

There are many such reactions spanning social media right now, joyous and thunderstruck examples of why representation does matter, and that’s what makes this particular rendition of the little mermaid so important.

If one look and one note from Bailey in a tail can evoke this sort of reaction, we can only imagine what the movie itself will achieve in spring 2023. 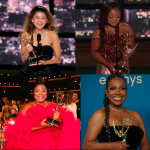 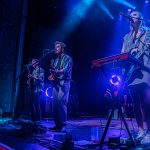