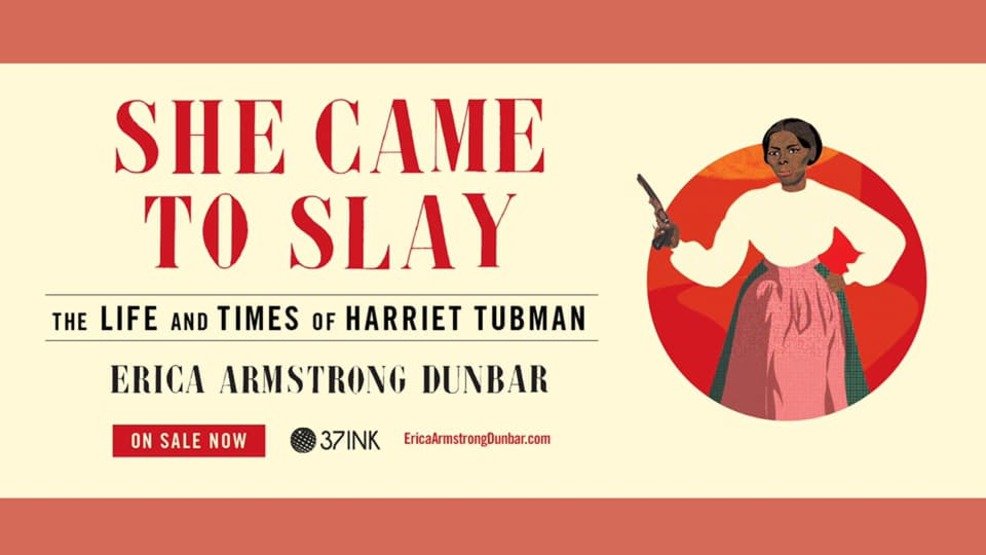 What do y’all know about Harriet Tubman? I mean, really know? We know she escaped slavery. We know she followed the North star to freedom. We know she then made it her mission to rescue other slaves even though she could have just peacefully lived out her life in Canada. But did you know she was the first woman—of any color—or lead an armed military expedition? Did you know she had prophetic visions? I could go on but I don’t want to give you all the juicy facts before you get a chance to read the book.

I’m not gonna lie, I never thought of Harriet Tubman as exciting. So I really wasn’t interested in picking up this book. Thank God I did. I was drawn in by the cover, the title, and the really beautiful illustrations in the book of Harriet throughout her life. What pulled me in and KEPT me in, though, was Harriet herself. I mean, this woman did amazing things. Things I’m sad I never got to learn growing up. She would’ve been my hero! She was definitely a feminist, a no-nonsense woman who refused to let men take advantage of her or control her. She did things men at the time couldn’t do. She did things other people were afraid to do.

We’ve teamed up w/ @37inkbooks to give away 10 copies of Erica Armstrong Dunbar’s new book "SHE CAME TO SLAY: The Life and Times of Harriet Tubman" and 10 custom tote bags. ❤️ Enter for a chance to win. Link and full rules in bio. US only. Open ‪through 11.1.19 ? The book is officially on sale November 5th — pre-order your copy today! #wellreadblackgirl #WRBGFest19 #SheCameToSlay #preorder

She Came to Slay by Erica Armstrong Dunbar is actually the first time a Black female historian has ever told Harriet’s story. It actually shows how important it is to have Black folks writing these amazing Back historical characters because the author, Dr. Dunbar, does a DOPE job of making Harriet a relatable woman. The book is full of emotion, of feeling. It wasn’t your typical dry, boring history book. It honestly read like a YA adventure at some points, because the storytelling was just that good. But remember, everything that happens in the book is true and it’s important to respect that. I don’t want to say too much because I’m not giving anything away! But She Came to Slay is a must read, especially for anyone looking for a Black girl hero. Harriet Tubman is an American superhero and we all need to remember her.