Last night, the country tuned in to watch Vice President Mike Pence and Senator Kamala Harris debate for the first time, 37 days before the 2020 Presidential election. This debate took place at Kingsbury Hall at the University of Utah in Salt Lake City. The event made history on multiple counts including the fact that the first woman of color nominated as a VP candidate took the stage, and restrictions such as Plexiglass and a staggered stage protected the two candidates and moderator, Susan Page, from COVID-19 spread. Eight main topics were addressed throughout the debate: the COVID-19 Pandemic, the role of the vice president, the economy, climate change, China/foreign relations, the Supreme Court, the case of Breonna Taylor/racial injustice, and the upcoming election. Here are the biggest highlights, in case you missed it.

First, it is imperative to recognize that both candidates dodged direct questions in favor of shifting focus to either their running mate, or the general American population. When asked about their plans for a recovering economy, Senator Harris prioritized innovation and preparation of new jobs in the Biden-Harris platform, while emphasizing the need for raised taxes on the top 1% of citizens. VP Pence redirected Harris’ comments on taxes, claiming that this would hurt American workers and promoted tax bills passed under Trump’s administration that had lowered taxes for working class citizens. Again when asked about the role of a VP in the face of presidential disability, candidates instead focused on personal transparency in the President’s office. Senator Harris referenced Donald Trump’s recent tax returns and Pence defended such documents, but blatantly ignored the question of whether a presidential candidate’s personal health should be public knowledge for voters.

Second, Senator Harris took the opportunity to introduce herself to voters and viewers. Amidst questions about the role of the VP, Harris gave a short bio detailing her past in law enforcement as a prosecutor and later the first Black female District Attorney in her previous jurisdiction. Harris didn’t shy away from her past, but proudly displayed her experience given that voters have had the opportunity to see and learn about Pence, Biden and Trump for years as opposed to Harris’ recent elevation into the public eye.

Next, headlines have reflected that VP Pence denying systemic racism and systemic bias in law enforcement was one of the biggest offensive points of the debate. When discussing the case of Breonna Taylor, Harris straddled the line of support for law enforcement and remembering her roots, while also calling for justice for unarmed Black people killed by police officers. Pence continued to echo that the Trump administration stands within full support of law enforcement, but denied that systemic injustice was perpetuated through it.

The final perspective I got out of this debate, was that while it was more moderated and measured than the previous presidential debate, it was almost too safe. Both candidates drew hard lines and criticized their opponent’s administration and platforms, but it seems as if Harris held back on some responses. Pence spoke over the moderator and attempted to interrupt Senator Harris, but lacked the emotional digs that Trump made a week prior. This lack of theatrics was refreshing and relieving for voters to see, giving candidates the opportunity to accomplish the true aim of a debate: to present an argument and determine a winner.

A great amount of attention was also given to the fly that decided to land in Pence’s hair halfway through the debate. Though it stuck around for several minutes and had no comments during the event, a Twitter account was immediately created in its honor. At last check, the fly had nearly 22,000 followers.

So, if you are 18 or older, don’t forget to register to vote and actually go vote. Be sure to encourage your friends and family to do the same. 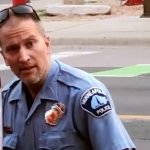 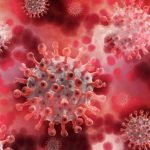