With his first NBA title under his belt, Giannis Antetokounmpo has delivered on his promise to bring a championship trophy to the Milwaukee Bucks. The franchise hasn’t won a title since one of the best point guards ever, Oscar Robertson, and the best center of all time, Kareem Abdul Jabbar, won it for them 50 years ago in 1971.

This win has sports fans looking at Giannis in a different way and adding his name to a different set of conversations. We are now watching him, not as just a great player in this era, but now we have to look at him as one of the best players ever.

The first conversation that Giannis put himself in with the recent Buck’s win is whether or not he is currently the best player on the planet. People can easily make an argument for him being the best, although there is also a strong argument for Kevin Durant, who showed out in this year’s playoffs. The way that the Greek Freak dominated during these playoffs and especially in the finals, I personally believe as of right now, Giannis is the best big man in the league, and he deserves to be called the best player in basketball.

Another conversation he has now entered is where he ranks all time. Although he is only 26 years of age, there are not many people in the history of the NBA who have won MVP, Defensive Player of the Year, All Star Game MVP, and Finals MVP. In fact, there is only one other person who has done it. And that other person would be Micheal Jordan. And no one else. Not Magic, not LeBron, not Kareem, not Bird, not Kobe. Nobody. That is elite company to be in, and he is only 26!

Giannis’ updated resume looks like this:  He is a 5x All Star, an All Star MVP, a Defensive Player  of the Year, a 2x MVP, one Finals win, and Finals MVP. That is one heck of a list of accomplishments. Giannis still has a lot in the tank, and basketball fans everywhere are happy to know that he’s not done just yet. 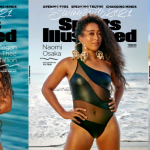 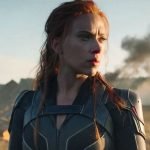