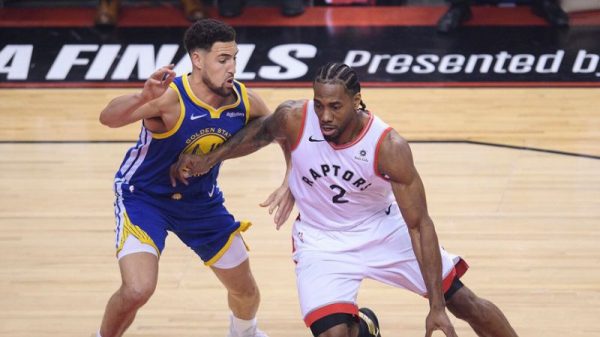 Game 1 of the NBA Finals is now over, and it provided a lot of information on what could possibly be the outcome of this series. The Toronto Raptors and the Golden State Warriors are facing off for an amazing matchup this year, one that’s actually fair compared to last year when the Warriors faced a team that was led by basically only LeBron James. Of course as we all remember, the Cavs got swept easily. However, this year is way different, and a lot more struggles are showing early on for the Warriors.

The MVP of the Raptors, Kawhi Leonard, has been on a tear this postseason, but yesterday was different. Despite having 23 points, he went 5-14 from the field, and was heavily defended in the game. While this worked to slow him down, Leonard’s teammates showed up when it mattered most. Pascal Siakam scored 32 points while going 14-17 from the field; nearly perfect! What this shows the world is that even though Leonard struggled, the Raptors were still able to pull the victory off.

Before this game, the Warriors were 31-1 with Steph Curry and without Kevin Durant playing. Everyone was saying that it would be an easy series for the Warriors and they didn’t need Durant, but of course, my favorite player makes a huge difference come the NBA Finals. Durant has been named the Finals MVP for the past two years, and he’s expected to be back possibly by Game 4, which isn’t good news for Warriors fans. They need him to win this series, and after watching Game 1, if he doesn’t come back, I think the Raptors will win in six, but if he does, then Warriors in six.