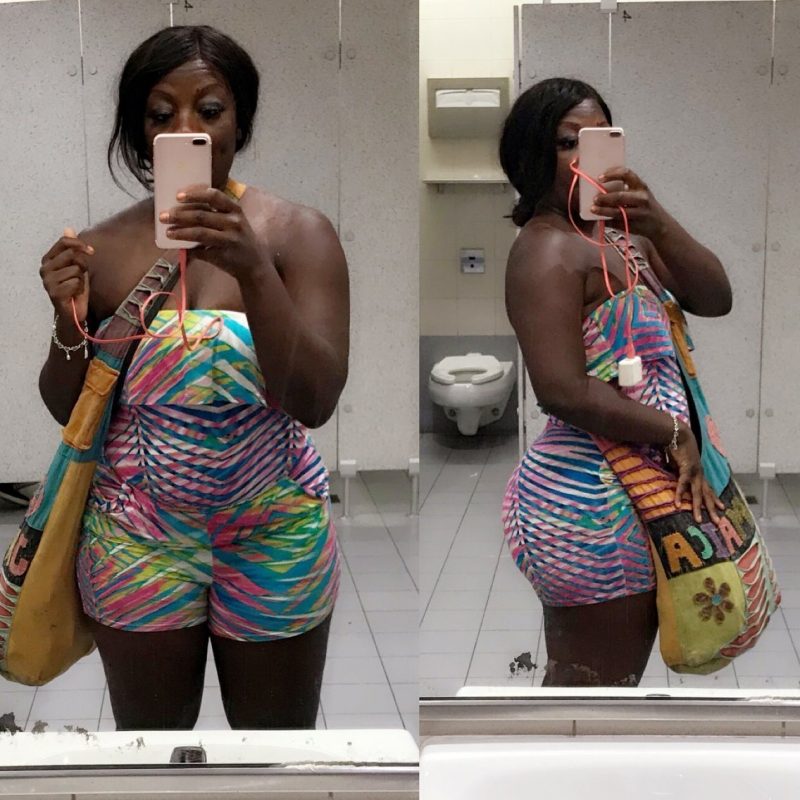 Here we go again with the singling out of women just because they’re on the curvier side. It isn’t something we haven’t seen before, but at this point it’s played out. This time it happened to Dr. Latisha “Tisha” Rowe when she was flying with American Airlines. Rowe, a black woman, had a flight to Miami, Florida from Kingston, Jamaica but before the flight even began she ran into a problem. She and her 8-year-old son were approached by a flight attendant who asked to speak to Rowe off the plane.

When they reached the outside of the plane, it was inquired by another flight attendant if Rowe had a jacket to wear because the sleeveless romper she was wearing was revealing and distracting. When she replied that she didn’t have a jacket, the flight attendant told her that if she didn’t cover herself up with the blanket that they would provide her with she wouldn’t be able to reboard the plane.

Are you kidding me? Since when do airlines have a dress code?

Now this would be completely understandable if Rowe was wearing something like a bikini on the plane but that wasn’t even the case. She took to Twitter where she showed the romper she was wearing that caused the issue. “Here is what I was wearing when @AmericanAir asked me to deplane for a talk,” she tweeted. She went on to say “At which point I was asked to “cover up.” “When defending my outfit I was threatened with not getting back on the flight unless I walked down the aisle wrapped in a blanket. #notsofriendlyskies.” If you look at the photo, you’ll see she was completely covered. There was only a problem because she’s curvy and Black. Period. There’s no other real explanation. ““We are policed for being Black,” said Rowe in a Facebook post.

Now let this have been a woman “not” of color or a woman with fewer curves than Rowe. This wouldn’t have been an issue. Let it have been a man on the plane wearing a wife-beater, shorts, and slide and no one would’ve batted an eye. It’s unfair that women, especially curvier women, are always being over sexualized and targeted for the things they choose to wear.

Another thing…what exactly was she supposed to wear when traveling from Jamaica, an island known to be hot, to Florida, another place known to be hot? Sweatpants and a hoodie? Jeans? A dress or skirt that touched the top of her feet? Make it make sense why wearing a romper was an issue. It wasn’t one.

The airline later came back and issued an apology to the Texas based doctor as well as her son. “We apologize to Dr. Rowe and her son for their experience, and have fully refunded their travel.  We are proud to serve customers of all backgrounds and are committed to providing a positive, safe travel experience for everyone who flies with us,” says Shannon Gilson, a spokesperson of American Airlines according to Fox News. Despite this major annoyance and inconvience she faced, Rowe says she’s appreciative of the outpour of love and support she’s been receiving. “Chase is too young to appreciate what is happening, but on behalf of our tiny family the outpouring of love, the support, the demand for ACCOUNTABILITY is greatly appreciated. Thank You,” she said in her Instagram post.