Happy Holidays from Visual, the founder of the ever growing “Hello Hip Hop” (HHH) establishment. HHH, as described by Visual, is an entertainment company that offers up and coming artists management services and business consulting. For the past few years the company has spread to help any artist in its reach in any way possible. However, the most impact may come from their annual Food and Toy Drive. This year the event took place on the city’s North Side at Subterranean.

The night consisted of live entertainment from Oklahoma native Ben Sommers, as well as Chicago’s very own Asa, MFN MELO and more. Attendees of the event were vibing and networking in between the performances. Meanwhile, a growing number of donations were collected at the door for children and families in need.

In an on-site interview, Visual said, “The company has been around for a little over four years and this is our 5th annual food drive. [Charity was] one of the things that was always important to me. I felt like I was put in a certain position so I wanted to step up and be able to give back, ya know? I was given the opportunity to do something for myself, so I wanted to give back, and that’s really what my whole movement, “Hello Hip Hop,” in general is. [It] helps artists out, leads them in the right direction [and,] helps them get to where they need to go.”

Listen to a full on-site interview with headlining performer, Ben Sommers, below. 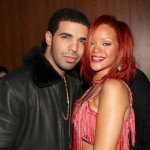 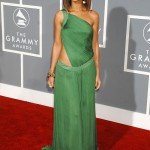