Over the past couple of years, world music has slowly dominated the charts. This year alone, releases from Bad Bunny, Rosalía and more have released projects to critical and commercial acclaim.

Puerto Rican musician Bad Bunny is well-known throughout the world. He found success in writing and performing in his native tongue. The newest album from Bad Bunny, “Un Verano Sin Ti,” was released in May and debuted at No. 1 on the Billboard 200 list and filled four of the top 10 spots on the Hot 100 chart.

Camila Cabello is a singer and songwriter of Cuban descent who focuses on pop and R&B music with Latin influences. Cabello’s third album, “Familia,” explores her musical heritage. A track from the album, “Bam Bam,” peaked at No. 21 on the Billboard Hot 100 and No. 5 on the Billboard Global 200 singles chart.

Rosalía gained recognition for redefining flamenco sounds, a traditional Spanish art form based on folk music. She also explores other music genres, including hip-hop, soul, and trap. Rosalía is currently on tour for her March album, “Motomami.”

Indie pop group The Marías came into the scene in 2016 with a fresh sound. The popular band incorporates jazz percussion, guitar riffs, and horn solos into their music while singing in both English and Spanish. Additionally, The Marías appeared on Bad Bunny’s latest album, “Un Verano Sin Ti.”

Singer-songwriter Kali Uchis is well-known for her ability to write and produce her music. Her most recent single, “No Hay Ley,” is a dance-inspired track that features Uchis’ wispy vocals.

By Kyana Early
*This guest post is in partnership with YR Media. 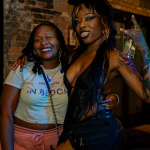 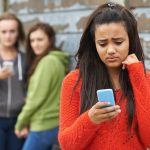