To win an NCAA championship is one thing, but to do it in a historic fashion, as Kansas did, is incredible.

Coming into yesterday’s game, the Kansas Jayhawks only trailed once at halftime, which was against Miami in the Elite Eight, when the Jayhawks trailed by five at the half but turned it into 26 point win, which is unthinkable, right?

Well, the Jayhawks made an even more insane turnaround last night at halftime, turning a 15 point deficit into a 72-69 triumph, something that has never been done before. The biggest halftime deficit ever turned around in a national title game was 10 points when Kentucky came back to beat Utah.

To begin the game, Kansas replicated its hot start against Villanova in the final four, pushing the ball, and scoring efficiently. But, North Carolina responded quickly and took control of the game with its relentless hustle.

Led by Armando Bacot’s remarkable effort on the offensive rebounding side, by the way, he was not physically at 100 percent, UNC gained an immense 14-0 advantage in second-chance points while holding the suffering Jayhawks to a 1-for-7 stretch on offense.

With great effort on both ends of the floor and their bully-ball strategy, the Tar Heels went on an outrageous 16-0 run, taking a 38-22 lead. Kansas struggled severely, as they went five minutes and 40 seconds straight without a made basket until Ochai Agbaji scored in the final 23 seconds of the half to end 40-25.

At the half, the Tar Heels were riding high. Their coach was hyped during the halftime interview, the fans were roaring, and the players were pumped. UNC also had a 91 percent win probability. But, somehow, someway, they would go on to lose.

Nobody knows what Kansas head coach Bill Self said in the locker room at the half, but whatever it was, it definitely worked as the Jayhawks came out roaring to begin the second period. Led by Christian Brauns, the Jayhawks went on a 20-6 run, cutting the UNC lead to one, and thanks to an Agbaji free throw, the game was knotted at 50-50, and UNC saw their incredible lead and odds of winning the game diminish enormously at just the 10-minute mark.

For the rest of the game, both teams went back and forth. Then, Bacot went down with an ankle injury, and Kansas took the lead 70-69 with 38 seconds to go. Noticing the advantage they had with Bacot out, the Jayhawks immediately went to David McCormack down low, who effortlessly got into the paint to increase the Jayhawks’ lead to 72-69.

With 4.3 seconds left, UNC did have one more chance to send the game to overtime with a chance to win, but the Caleb Love three didn’t fall, and the Jayhawks completed the largest comeback in championship game history.

Another history-making moment happened during this year’s games. This time it was when the University of South Carolina triumphed over the University of Connecticut with a score of 64-49, making the Gamecocks the 2022 NCAA March Madness champions in the women’s bracket.

For Connecticut, Sunday’s game was the first loss in 12 NCAA title games. 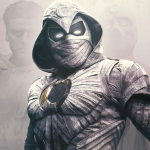 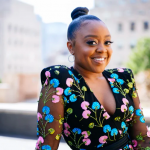