The Hong Kong government seems to believe that there is a crisis going on with their men these days due to their exposure to pop culture and not enough male teachers. They believe that one way to stop them from exploring their femininity is by forcing them to do more sports.

Already this idea is just an example of toxic masculinity. Boys do not need to be forced into masculinity. According to The New York Times, The Education Ministry proposed the idea of emphasizing the “spirit of yang” by hiring more male attributes and redesigning physical education which he used this as a way to stop “weak boys” from progressing in their society. Men don’t need to be boxed in and told that if they’re not the image of what a “man” should be like then something is wrong with them. To be a man is to simply be a man. There shouldn’t be requirements for how men are supposed to act or look.

Trying to force elementary and secondary school boys into more sports because you’re afraid they might grow up to be feminine is discriminatory. Social Media users on the app Weibo went on to express their discomfort with feminine boys and said that they cannot protect their country because they are not manly enough, which is not only rooted in misogyny but it’s just flat out wrong to say. Participating in sports is not even a masculine thing to do, it is simply a physical activity that anyone can do. If their reason for creating more sports was just that there is a masculinity crisis in Hong Kong then it’s undoubtedly disrespectful and ignorant to believe.

Many parents in Hong Kong have even forced their boys into boot camp hoping they would become more manly, which just further perpetrated the idea that feminine is bad. According to the NY Times article, Si Zefu, a top delegate of the Chinese People’s Consultative Conference Standing Committee, had the audacity to say that too many female teachers make for “pretty boys” and that these “pretty boys” were going to be the downfall of China.

Instead of focusing on whether the boys are too pretty or weak and need more physical education to cure that, they should just explain that they want their students to be well rounded in both academics and sports. By trying to over emphasize femininity and masculinity in a society, it’ll create unfair labels and stereotypes which is extremely detrimental to one’s mental state. 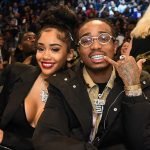 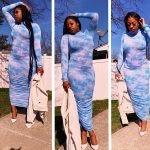