The music industry doesn’t always give proper credit or fame to those who deserve it. You probably don’t know who’s behind your favorite bops and bangers. Entire teams of producers, writers and engineers work together to form the masterpieces that top charts and sweep awards. Tragically, on the 30th of January, Sophie Xeon, known as SOPHIE professionally, passed away at age 34. Sophie was an enigmatic producer who worked with stars such as Madonna, Lady Gaga, Charli XCX, Lil Yachty, Cashmere Cat and Camila Cabello. Sophie notably made history as the first openly transgender artist to be nominated for the Best Electronic Album Grammy Award, and one of only three openly trans women to be nominated for an award at the Grammy’s at all.

The vibrancy of Sophie’s work is clear; inspired by and created for the Euro-electric club scene, electronic music was forever changed by Sophie’s work. With a notoriously queer history rooted in dancehall, ballroom and underground clubbing influences, the genre has often become publicly misattributed to straight men, particularly white ones. However, Sophie’s art crosses genre boundaries; ballads, bops and ultimate mixes are all found in the 2019 album Oil of Every Pearl’s Un-Insides. This artistic versatility is what opened doors to major collaborations with some of the biggest artists of the decade and incredible rising stars. Rihanna and Rina Sawayama both honored Sophie upon news of her passing and shared photos from collaborations and chances to share the stage with the artist. Sophie’s legacy certainly lives on through her art and the inspiration she left other queer artists and musicians. 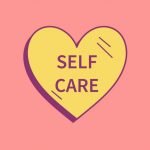 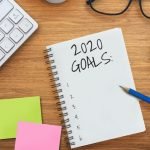